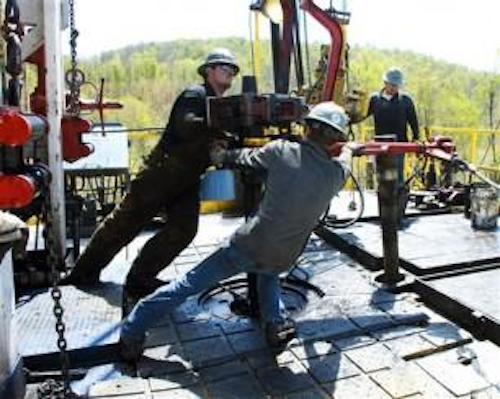 The city of more than 100,000, which lies north of Dallas and Fort Worth, hosted 277 natural gas wells, which drew concerns from local residents ranging from the wells' proximity to hospitals and playgrounds to the possibility of earthquakes seen in nearby Oklahoma.

Top state officials, however, criticized the Denton ban. Abbott characterized the issue as representative of runaway local overregulation, while Texas Land Commissioner George P. Bush said prior to taking office that it could lead to "a patchwork approach to drilling regulations across the state."

The energy industry, which spent thousands in an effort to thwart the Denton ban and subsequently challenged the new law in court, lauded House passage of Darby's bill.

"HB 40 is a welcome solution because Texas can't afford a patchwork of regulations for an industry that supports 40 percent of our economy," the Texas Oil & Gas Association said.

A spokesman for Environment Texas, meanwhile, called it "a dangerous power grab by Big Oil to stomp out the rights of communities to protect themselves."

As fracking gained prominence in recent years, a growing number of communities enacted bans or moratoriums on the practice. Industry groups challenged some in court, but observers said a ban in Texas — the nation's largest oil producer — particularly piqued their concerns.

“If Denton wasn’t followed by two little letters — TX — no one would give a hill of beans about it,” Breitling Energy CEO Chris Faulkner told The Texas Tribune.

"You can already hear the environmentalists saying, ‘If we can win in Denton, we can win anywhere.'"