A documentary chronicling the lives of residents and workers in the oil-rich region of North Dakota and Montana that has created a modern-day gold rush will start airing Sunday on the Smithsonian Channel. 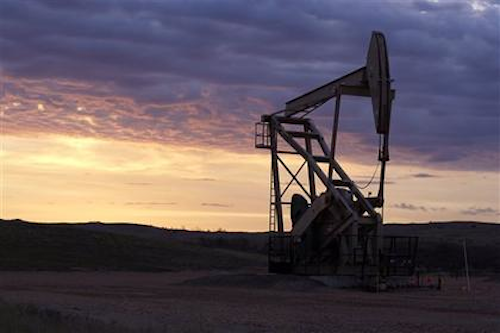 A documentary chronicling the lives of residents and workers in the oil-rich region of North Dakota and Montana that has created a modern-day gold rush will start airing Sunday on the Smithsonian Channel.

The six-episode "Boomtowners" is the latest television project aimed at capturing the complexities of life in the Bakken shale region that has attracted thousands of workers from around the country and their families as they seek high-paying jobs in the oil fields. The series focuses on several people including a judge whose caseload has soared, a Phoenix-native trucker who hauls oil across the region, and an oil field worker who's a street preacher on his days off.

"What's happening in the Bakken is one of the most important economic developments of our time. It has had a huge impact on people's lives across America and a huge impact on the economy," said David Royle, executive vice president of programming and production at the Smithsonian Channel. "It's an incredibly important story ... and I think it's a matter of great curiosity to people in other parts of the country."

The Bakken oil boom began less than a decade ago and has grown exponentially with the development of hydraulic fracturing, or fracking, which involves pumping water, sand and chemicals underground to split open rocks to allow oil and gas to flow. Oil Production in the area has since grown to more than 1 million barrels of oil a day, despite plunging oil prices.

Ben and Phoebe Moorhead are among the oil patch residents featured in the series. The parents of two young boys left Phoenix in 2013 for steady work in the Bakken. Ben is a truck driver for an oil company, while Phoebe began her career as a court reporter in Sidney, Montana, after seeing a flier with the job opening.

"I've been driving a truck for 12 years now and I was doing that down in Phoenix, but the ends weren't meeting. Something had to change," said Ben Moorhead, who originally planned to return to Phoenix at some point, but is now thinking about buying a house in Montana. "We knew about the oil boom up here and figured I'd come up here, we'd get some bills paid off and then go back down there."

But there's a darker side to the story of the high-paying jobs, and Judge Greg Mohr witnesses the pitfalls of the boom on a daily basis. The money flowing from the Bakken fields has fueled everything from methamphetamine and heroin networks to prostitution rings operating out of motels.

Mohr, who also is featured in the series, can see up to 80 cases on a Monday — his busiest day.

"No one could sit there and predict what was going to happen," said Mohr, a judge in Sidney for nearly three decades. "We woke up and here's an 800-pound gorilla in bed with us called the Bakken."

"Boomtowners" isn't the first docu-series to explore the oil boom. "Boomtown," which aired on Planet Green in 2011, focused on the people of Parshall, North Dakota, and the oil discovered deep beneath their feet. It tracked the transformative effect of oil on a town in economic distress when, almost overnight, some of the citizens struck it rich — but others didn't.

The first of the six one-hour episodes of "Boomtowners" will air at 9 p.m. EDT Sunday on the Smithsonian Channel. That will be the series' weekly time slot.