It said its first-quarter profit rose 7 percent, thanks to a good performance in the refining division as well as to the fact that year-earlier figures were weighed down by one-time charges. 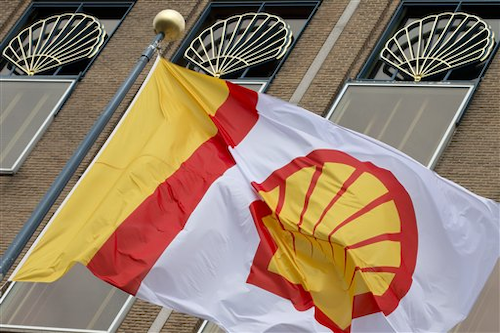 It said its first-quarter profit rose 7 percent, thanks to a good performance in the refining division as well as to the fact that year-earlier figures were weighed down by one-time charges.

The current cost of supplies, a measure of profit used in the industry that strips out fluctuations in the value of oil stocks, increased to $4.76 billion from $4.47 billion in the first quarter last year. Net profit attributable to shareholders fell to $4.43 billion from $4.51 billion, better than market expectations for a drop to $2.40 billion.

Revenue plunged to $65.71 billion from $109.67 billion a year earlier. Despite the sharp drop, the figure was also not as bad as investors had feared.

"In what is clearly a difficult industry environment, we continue to take steps to further improve competitive performance," said CEO Ben van Beurden.

Shares in Shell were up 1.6 percent in morning trading in London.

Van Beurden said that Shell will, after its announced takeover of BG Group for 47 billion pounds ($70 billion), look to sell more nonstrategic investments. It has sold assets for over $2 billion so far this year.

The company announced a dividend of $0.47 per share for the first quarter.