U.S. officials deny any harm has been caused by the spraying and say there is more danger to people's health and the environment from the chemicals used to manufacture cocaine in clandestine labs. 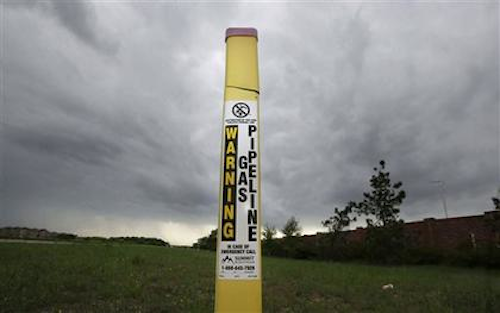 ALBANY, N.Y. (AP) — New York regulators have released the final version of an environmental impact review of natural gas development that's expected to lead to the nation's first ban on a

Democratic Gov. Andrew Cuomo said in December that he would defer to the judgment of his health and environmental conservation commissioners, who said they'd recommend a ban on high-volume fracking, or hydraulic fracturing, which involves injecting large volumes of water with sand and hazardous chemicals underground to break apart rock. Under state law, a formal decision on whether to allow or ban fracking will come 10 days after the environmental review's release on Wednesday.

The report "is the result of an extensive examination of high-volume hydraulic fracturing and its potential adverse impacts on critical resources such as drinking water, community character and wildlife habitat," Department of Environmental Conservation Commissioner Joe Martens said.

"We considered materials from numerous sources, including scientific studies, academic research and public comments, and evaluated the effectiveness of potential mitigation measures to protect New York's valuable natural resources and the health of residents," Martens said.

The report incorporates the state Department of Health report issued in December, which found "significant uncertainty" over whether safety measures could adequately protect public health, including impacts to air, water, soil and community character.

The environmental review that was launched in 2008 drew more than 260,000 comments over the course of several revisions. No shale gas wells have been permitted during that time. The final report, which is more than 2,000 pages long, includes more than 300 pages of state responses to comments.

Environmental groups praised the completion of the review and said they would read it closely.

"There are thousands of pages of fine detail to sort through, and we know much work remains, like banning other states' fracking waste from being dumped inside our borders," said Liz Moran, an associate with Environmental Advocates of New York.

Natural Resources Defense Council lawyer Kate Sinding said: "The governor has rightfully let science and the will of the people be his guide, despite pressure from a powerful industry."

But landowners who had hoped to profit from the gas resources beneath their land in southwestern New York denounced the state's environmental review as steeped in politics rather than science.

"Andrew Cuomo said his decision on hydraulic fracturing would be guided by science and facts. But, no matter what side of this debate you are on, everyone knows Cuomo's decision was solely based on his political future," said Dan Fitzsimmons, president of the Joint Landowners Coalition of New York.

New York overlies part of the gas-rich Marcellus Shale formation, which has led to a drilling boom in Pennsylvania and other nearby states. Several major pipeline projects are underway to give New York City and New England access to cheap gas from Pennsylvania's shale fields.