The American Petroleum Institute petitioned the U.S. Circuit Court of Appeals in Washington, D.C. to block a requirement that railroad tank cars known to fail be phased out or upgraded. 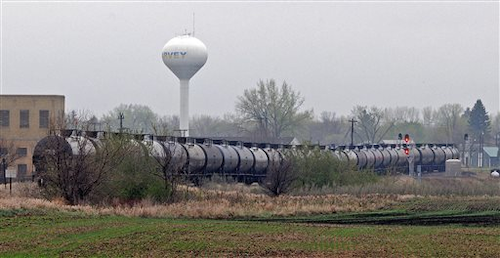 The American Petroleum Institute petitioned the U.S. Circuit Court of Appeals in Washington, D.C. to block a requirement that railroad tank cars known to fail be phased out or upgraded.

At least 24 oil trains have been involved in major fires or derailments over the past decade in the U.S. and Canada. Another occurred last week when an oil train derailed and caught fire in central North Dakota, forcing the evacuation of a small town.