About 1,100 workers have been on strike since early February, and the refinery has been run by non-union supervisors and replacement workers. 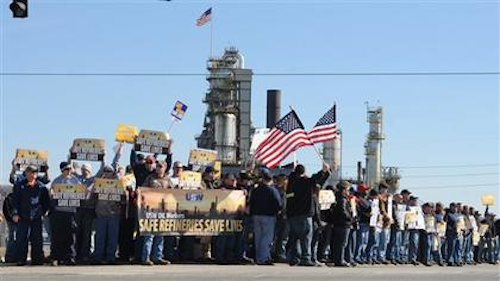 WHITING, Ind. (AP) — Union members at a BP refinery in northwest Indiana have voted to approve a new contract and end a strike that has lasted more than three months.

The (Munster) Times reports refinery workers with United Steelworkers Local 7-1 are expected to go back to work next week at the plant in Whiting.

About 1,100 workers have been on strike since early February, and the refinery has been run by non-union supervisors and replacement workers.

An estimated 92 percent of refinery workers in the union voted to approve the four-year agreement. BP and the union had already reached a tentative agreement to end the strike in late April.

The agreement includes bargaining rights over safety and working conditions. The union had warned that low staffing levels could cause accidents.