With the 12-nation cartel's control of supply and demand slipping, its oil ministers may have little choice this week but to sit back and do nothing. 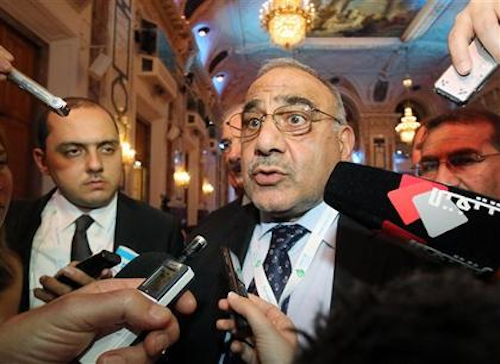 VIENNA (AP) — The price of crude remains too low for most OPEC member nations. But with the 12-nation cartel's control of supply and demand slipping, its oil ministers may have little choice this week but to sit back and do nothing.

Ministers of the Organization of the Petroleum Exporting Countries meet in Vienna Friday against a backdrop of oil prices that are off the lows of January — but still nearly 50 percent less than peaks of $115 a barrel a year ago for some grades.

But the days of near total OPEC dominance are over. The organization still accounts for about 40 percent of world supply, but others now stand ready to chip away at its share. With prices for benchmark U.S. crude now at around $60 a barrel, any decline in OPEC output will be quickly filled by outside players including U.S shaleoil producers, who have cut back as prices have fallen but are ready to ramp up their share should they rise.

Faced with that option, OPEC will likely opt to keep its target at 30 million barrels a day.

"A surprise cut in the output target would send the price of oil higher yet and thus increase the appeal of U.S.shale oil production again," said a Kommerzbank research note forecasting a rollover of the present output target. Energy Aspects of London says "an OPEC policy of no change is the right one."

OPEC powerhouse Saudi Arabia and their Gulf allies are best set to continue all-out producing — even though they, like others, are selling at a loss.

But they can afford to do so.

The Saudi sovereign wealth fund stands at over $700 billion, the coffers of the other Gulf nations are also well stocked, and Saudi Oil Minister Ali Naimi is signaling that his country will continue pumping over 10 million barrels a day, about a third of total OPEC output.

The market is moving "in the right direction," he said on arrival in Vienna.

The Saudis, who effectively set OPEC policy, were the prime drivers in the decision in November to keep the 30 million barrel-a day target, the seventh time in three years that the group opted for the status quo. And overproduction continues — ahead of Friday's meeting, the group is more than 1 million barrels a day over that benchmark.

But the less well-off among OPEC states are hurting.

Among them is Algeria, which has long depended on high oil and gas prices to operate an extensive welfare state and has been harshly hit by the shale boom, which generates the same light blend that it sells. For Venezuela, where crude accounts for 95 percent of all exports, the price slump has hugely exacerbated that country's economic hardship — the country needs prices above $120 a barrel just to break even. And Nigeria was forced to trim its 2015 budget by 12 percent because of low crude prices. Oil makes up 75 percent of its exports.

Still even OPEC's poor countries know that past OPEC remedies of cutting production to drive up prices will no longer work. They have been overtaken by the rise of oil and gas power Russia, and more recently U.S.shale, which alone has put millions of extra barrels a day on the market at a time of relatively slack world demand.

And they could not force through an output cut, even if prepared to earn even less by reducing production now in hope of driving up prices in the longer run.

"Potential dissenters realize that a policy reversal is not in the cards at this time, given that the four Gulf Arab members supporting the defense of market share — Saudi Arabia, Kuwait, the United Arab Emirates, and Qatar — account for more than half of OPEC output," says Bhushan Bahree of IHS Oil Energy.

In fact more — not less — oil could well hit the market soon.

Iran was second only to the Saudis in terms of production before its markets were crippled by sanctions imposed over its nuclear program. If it strikes a nuclear deal by the end of the month as planned in exchange for sanctions relief, it aims to ramp up its present production of about 1 million barrels a day as quickly as it can.

Such plans spell more tension within OPEC, further denting its self-proclaimed image of unity. Bitter regional rivals with Iran, the Saudis are unlikely to cut back on their production to make way for more oil from Tehran. And other members are also unlikely to reduce output.

"The biggest issue the members may have to deal with is the return of Iranian oil," says analyst Phil Flynn.