When Vermont became the first state to ban hydraulic fracturing for natural gas in 2012, Gov. Peter Shumlin said the ban was "in keeping with our environmental ethic and our protection of our natural resources." But the state is likely on the verge of a big increase in the use of fracked gas from Canada. 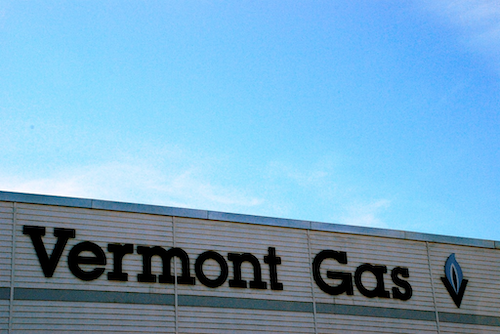 MONTPELIER, Vt. (AP) — When Vermont became the first state to ban hydraulic fracturing for natural gas in 2012, Gov. Peter Shumlin said the ban was "in keeping with our environmental ethic and our protection of our natural resources."

But the state is likely on the verge of a big increase in the use of fracked gas from Canada.

The aging Vermont Yankee nuclear plant closed in December after much cajoling by Shumlin and others. But the state is still getting significant nuclear power from the Seabrook station in New Hampshire. Its largest utility, Green Mountain Power, gets 9 percent of its mix from Seabrook, company spokeswoman Kristin Carlson said.

Environmentalists were elated when the fishery-damaging Newport 11 dam was removed from northern Vermont's Clyde River and they have pushed for more dam removals. But Vermont takes about a third of its power from the huge dams on the rivers of northern Quebec.

All of it raises a question: Is greener-than-thou Vermont just exporting its energy problems?

"We need to take responsibility for where that power comes from and we need to make sure we are meeting our environmental goals in that energy use," Sandra Levine, senior attorney with the Conservation Law Foundation, said in an interview. "And that we're not just protecting our own very small backyard."

She noted her group has opposed Vermont Gas System's proposal to expand its natural gas distribution system from northwestern Vermont south into Addison County. The Public Service Board approved the project in December 2013 but is taking another look now due to its spiraling costs. Levine's group also has raised concerns about the greenhouse gas emissions of large hydropower projects like those operated by Hydro-Quebec.

Several people who follow energy issues in Vermont said the state is pushing for more in-state renewables and efficiency. Last year, the state nearly quadrupled the allowed size of its "net metering" program, in which homes and businesses that generate their own power can put excess energy back on the grid.

This year saw a new law allowing utilities to provide leasing or on-bill financing to help customers make efficiency improvements to their homes, such as high-efficiency heat pumps for heating rooms or water.

"Our grid and the national grid will be transforming from the traditional, huge base-load power plants located hundreds or thousands of miles away and evolving to a more regionalized, localized grid that is supported by distributed generation," said Rep. Tony Klein, D-East Montpelier, chairman of the House Natural Resources and Energy Committee. The future will see "smaller, renewable plants built near their end use."

But while those efforts are still in their early stages, Vermont remains a big importer of energy — much of it from sources that bring complaints from environmentalists and would not be allowed inside the state's borders.

"We have a responsibility to generate what we can as sustainably as we can right here in our state," said Paul Burns, executive director of the Vermont Public Interest Research Group.

How well is Vermont doing on that score? "Not very well right now, but we're on a path to improve that," he said.