The federal agency in charge of collecting federal royalties on oil and gas production is seeking a $6.9 million fine against a defunct Wyoming coal-bed methane company it says has failed to document how much gas it has extracted in recent years. 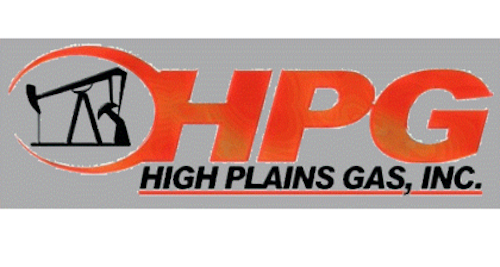 CHEYENNE, Wyo. (AP) — The federal agency in charge of collecting federal royalties on oil and gas production is seeking a $6.9 million fine against a defunct Wyoming coal-bed methane company it says has failed to document how much gas it has extracted in recent years.

The civil penalty sought from Sheridan-based High Plains Gas is among the biggest ever assessed by the 5-year-old Department of Interior's Office of Natural Resources Revenue or its predecessor agency, the Minerals Management Service.

The Interior Department agency already has been seeking a total of $4.2 million from the Sheridan-based company and subsidiaries for allegedly not reporting gas production.

High Plains Gas no longer has a working phone number and couldn't be reached for comment.

Last year, the state took possession of 2,300 of the company's coal-bed methane wells in the Powder River Basin. The Wyoming Oil and Gas Conservation Commission now is preparing to plug the derelict gas wells.

If the wells aren't producing, reporting that information to the government should be a simple matter for High Plains Gas, Office of Natural Resources Revenue spokesman Patrick Etchart said.

"If they're not producing, just put the zeros in there," Etchart said Tuesday. "Report zero production."

Online court records as of Tuesday showed no bankruptcy filings for High Plains Gas. Chief Executive Officer Ed Presley told the Casper Star-Tribune in April that the company didn't even have the money to file for bankruptcy.

Wyoming's coal-bed methane industry boomed in the early 2000s, but it has gone bust amid low natural gas prices. Most coal-bed methane developers facing hard times have plugged their own wells themselves, but some have left that job up to the state.

Contractors for the Oil and Gas Conservation Commission plugged 350 abandoned gas wells last year and are on track to plug another 700 this year, Kropatsch said.