A California beach fouled by oil will reopen to swimmers and campers two months after a pipeline ruptured and spewed thousands of gallons of crude along the coast. 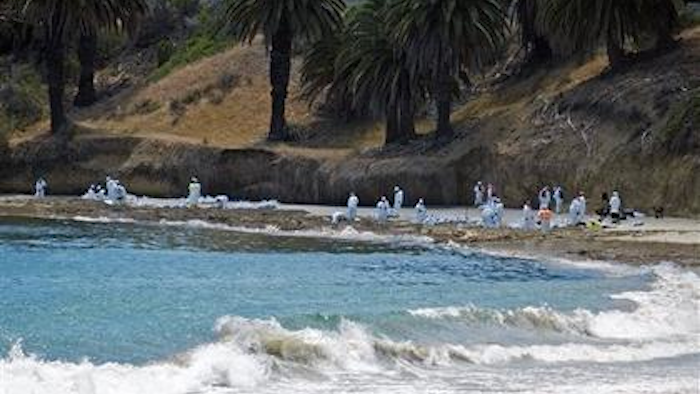 GOLETA, Calif. (AP) — A California beach fouled by oil will reopen to swimmers and campers two months after a pipeline ruptured and spewed thousands of gallons of crude along the coast.

State Parks officials have cleared Refugio State Beach west of Santa Barbara to reopen July 17. Crews still need to finish scraping oil off cobblestones before the public can use the beach next week.

Hard-to-access areas will be off limits as cleanup continues, but officials say the work wouldn't affect beachgoers.

An underground pipeline ruptured May 19, releasing up to 101,000 gallons of oil. About 21,000 gallons flowed into the Pacific Ocean.

Nearly 300 dead birds and marine mammals have been recovered near the spill site.

The cause of the break is under investigation, but preliminary information suggests corrosion played a role.