The Environmental Protection Agency will step up studies into the safety of widely used neonicotinoid pesticides, which have been temporarily banned in Europe. 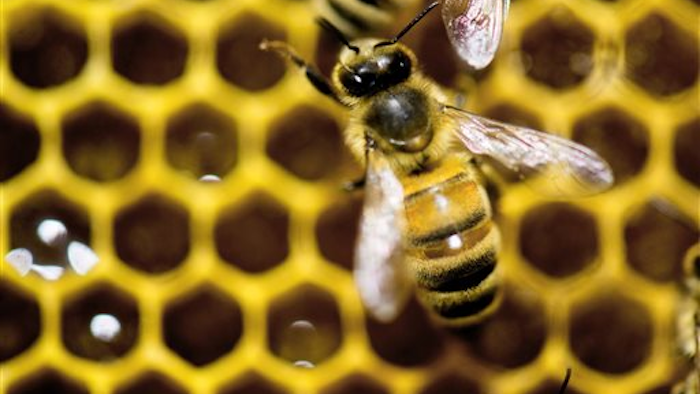 WASHINGTON (AP) — The U.S. government is out to save the bees — and the butterflies too.

It hopes to reverse America's declining honeybee and monarch butterfly populations by making more federal land bee-friendly, by spending more money on research and by considering

Scientists say bees — crucial for pollinating many crops — have been hurt by a combination of declining nutrition, mites, disease and pesticides. The federal strategy calls on all Americans to do what they can to save bees, which contribute more than $15 billion to the U.S. economy, according to White House science adviser John Holdren.

"Pollinators are struggling," Holdren said in a blog post, citing a new U.S. survey that found beekeepers lost more than 40 percent of their colonies last year, although they later recovered by dividing surviving hives. He also said the number of monarch butterflies that spend the winter in Mexico's forests is down by 90 percent or more over the past two decades, so the U.S. government is working with Mexico to expand monarch habitat in southern Mexico.

The plan calls for restoring 7 million acres of bee habitat in the next five years. Numerous federal agencies will have to find ways to grow plants on federal lands that are more varied and better for bees to eat — since large land tracts that grow only one crop have hurt bee nutrition.

The plan is not just for the Department of Interior, which has vast lands under its control. Agencies like Housing and Urban Development and the Department of Transportation will have to include bee-friendly landscaping on their properties and in grant-making.

That part of the bee plan got praise from bee scientists.

"Here, we can do a lot for bees and other pollinators," University of Maryland entomology professor Dennis vanEnglesdorp, who led the bee study that found last year's large loss. "This, I think, is something to get excited and hopeful about. There is really only one hope for bees and it's to make sure they spend a good part of the year in safe healthy environments. The apparent scarcity of these areas is what's worrying."

University of Montana bee expert Jerry Bromenshenk said the effort shows the U.S. government finally recognizes that land use is key with bees.

"It's a wake-up call," Bromenshenk wrote in an email. "Pollinators need safe havens, with adequate quantities of high-quality resources for food and habitat, relatively free from toxic chemicals — and that includes pollutants as well as pesticides and other agricultural chemicals."

The administration proposes spending $82.5 million on honeybee research in the upcoming budget year, up $34 million from now.

The Environmental Protection Agency will step up studies into the safety of widely used neonicotinoid pesticides, which have been temporarily banned in Europe.

"They are not taking bold enough action. There's a recognition that there is a crisis," said Lori Ann Burd of the advocacy group Center for Biological Diversity. She said having more studies on neonicotinoids was like going to a third mechanic when you've been told your car's brakes are shot.

The report talks of a fine line between the need for pesticides to help agriculture and the harm they can do to bees and other pollinators.

Lessening "the effects of pesticides on bees is a priority for the federal government," the report said.