An investigation by the Center for Public Integrity found that chemical exposure limits set by the Environmental Protection Agency are up to 1,000 times stronger than those set by the Occupational Safety and Health Administration. 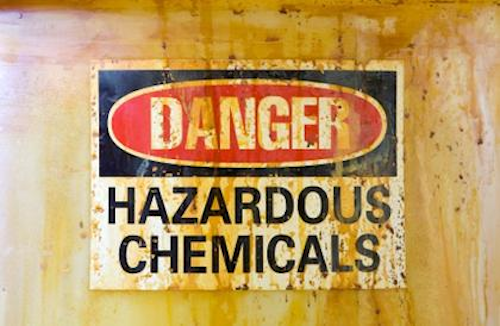 A new report blames an "epidemic" of job-related diseases in the U.S. on workplace safety standards that fall far short of protections for the general public.

The investigation by the Center for Public Integrity found that chemical exposure limits set by the Environmental Protection Agency are up to 1,000 times stronger than those set by the Occupational Safety and Health Administration.

In addition, only 470 of the estimated 84,000 chemicals used in U.S. workplaces received OSHA evaluations at all, and agency officials conceded that many of those restrictions are outdated and insufficient.

“With a few exceptions, OSHA’s standards to protect workers from chemical exposures are weak and out of date, or simply non-existent,” OSHA chief David Michaels told CPI.

The agency blames work-related diseases for 50,000 annual deaths and 190,000 illnesses each year. A study by the University of California-Davis put the totals considerably higher; 2007 estimates showed 53,000 deaths and 400,000 illnesses.

Congress has yet to update the 1970 law that created the agency and the White House's budget office rarely moves forward with the complex process of enacting rules changes.

“It takes many years and millions of dollars in studies to issue one standard, and that’s why we’ve got only a few dozen standards" Michaels said.

The American Foundry Society, American Chemistry Council and U.S. Chamber of Commerce each testified against proposed rules for silica exposure that threatens millions of construction workers.

The foundry group said the rule, first proposed in 2011 and cleared by the White House in 2013, would account for 10 percent of industry revenue and “threaten the viability of foundries across the country.”

Labor Department officials nonetheless expect to publish a final rule on silica by the end of the Obama administration, CPI reported, but the proposal could still run into hiccups in Congress or the courts.