Federal regulators on Thursday alleged that DuPont maintained a failed safety plan at a Texas plant where four workers died in November 2014. 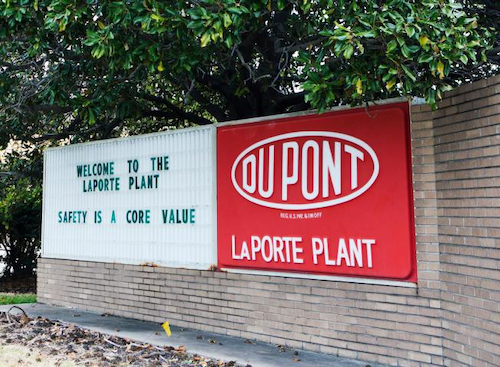 Federal regulators on Thursday alleged that DuPont maintained a failed safety plan at a Texas plant where four workers died in November 2014.

The Occupational Safety and Health Administration levied citations against the chemical giant for three willful safety violations, one repeat violation and four serious violations. The financial penalties would total $273,000.

The agency also placed DuPont in the Severe Violator Enforcement Program, which requires follow-up inspections for companies with a "demonstrated indifference towards creating a safe and healthy workplace."

"DuPont promotes itself as having a 'world-class safety' culture and even markets its safety expertise to other employers, but these four preventable workplace deaths and the very serious hazards we uncovered at this facility are evidence of a failed safety program," OSHA chief David Michaels said in a statement.

The investigation stemmed from a leak of methyl mercaptan gas that killed four workers at the company's La Porte chemical plant. The findings of an initial probe led to an expanded inspection under the National Emphasis Program for chemical facilities.

The initial investigation into the La Porte deaths resulted in eight serious violations and one repeat violation and penalties of $99,000. DuPont contested the findings, which were issued in May.

Last year, DuPont was also cited over violations at plants in Louisiana and New Jersey.

DuPont has 15 days from the receipt of the new citation to comply, request a conference with OSHA officials or contest the violations.