The federal government, which regulates pesticide use, still considers marijuana to be illegal, while scientists often have conflicting views about how to use chemicals on marijuana plants 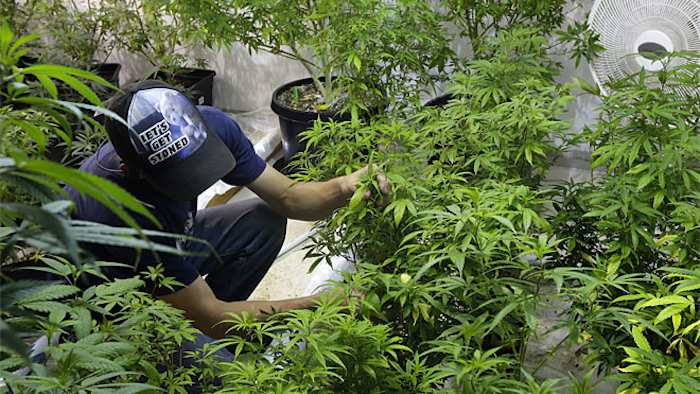 The legalization of recreational marijuana use in four Western states in recent years created a slew of unintended legal and health consequences.

This week, the Associated Press reported that the use of agricultural pesticides on marijuana crops could present yet another problem. The AP report said that some marijuana growers turned to chemical pesticides in an effort to stave off mites and mold that could cost producers millions. Unlike pesticide applications on other crops, however, marijuana growers are forced to rely on what one expert called "Internet chats and hearsay."

The federal government, which regulates pesticide use, still considers marijuana to be illegal, while scientists often have conflicting views about how to use chemicals on marijuana plants.

"We have an industry that's been illegal for so many years that there's no research. There's no guidelines. There's nothing," Frank Conrad, director of a Denver marijuana testing lab, told the AP.

No illnesses were blamed on marijuana pesticides since bans on the drug were eased in Alaska, Colorado, Oregon and Washington. Last month, however, The Oregonian newspaper found pesticide levels on marijuana products that exceeded legal limits, while Denver officials identified a fungicide that could be dangerous when heated.

Colorado and Washington have yet to implement their pesticide testing procedures, while the nation's largest marijuana producer, California, doesn't impose any restrictions on growing operations.

"It's a lot more difficult than it sounds, and it's expensive," a Washington State official told the AP.

Colorado and Washington could eventually receive approval of some chemicals used for marijuana, according to the EPA, but that could take years.

Growers, meanwhile, expressed skepticism that chemicals authorized for food crops would be more dangerous when applied to marijuana.