It was the strongest growth since last summer and marked a sharp improvement from the anemic 0.6 percent advance during the January-March quarter when a harsh winter sapped activity. 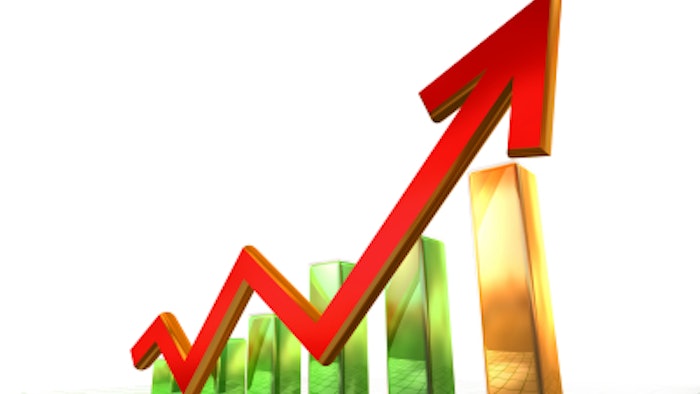 WASHINGTON (AP) — The U.S. economy posted a much bigger rebound in growth during the spring than previously reported, thanks to improvements in a number of areas including consumer spending and business investment.

The economy expanded at an annual rate of 3.7 percent in the April-June quarter, more than a percentage point greater than the 2.3 percent originally estimated, the Commerce Department reported Thursday.

It was the strongest growth since last summer and marked a sharp improvement from the anemic 0.6 percent advance during the January-March quarter when a harsh winter sapped activity.

Analysts believe growth has slowed a bit in the current quarter to around 2.5 percent. Some have expressed concern that shrinking global stock markets and a sharp slowdown in China will further weaken the economyin coming months.

The revision for second quarter growth reflected a boost in consumer spending, which grew at annual rate of 3.1 percent, up from a 1.8 percent growth rate in the first quarter.

Business investment in structures and equipment was revised higher to show growth of 3.2 percent, while housing construction was revised up to a gain of 7.8 percent.

Also fueling growth were strong gains in state and local government spending and business restocking of store shelves. The rise in inventories, however, could act as a drag in the current quarter if businesses cutback on ordering because of concerns they have too many unwanted goods.

Mark Zandi, chief economist at Moody's Analytics, is forecasting that the economy will slow to growth of around 2.8 percent in the current quarter but accelerate to a 3.5 percent annual rate in the October-December period. But he said that is based on an expectation that the recent market turbulence will not inflict long-lasting damage on the economy.

"My forecast rests on the assumption that this is a garden variety market correction, with stock prices dropping by 10 percent from their recent high," Zandi said. "If we get a bigger decline of 20 percent, then that will hurt consumption and housing, and we will not get the job growth we are expecting."

A decline in stock prices of 10 percent is generally considered a market correction, while a fall of 20 percent is viewed as the start of a bear market.

On Wednesday, stocks rallied to recoup some of the huge losses incurred in the previous sessions. The Dow Jones industrial average jumped 619 points, its biggest one-day gain in seven years. That snapped a six-day losing streak in which the Dow tumbled about 1,900 points, a plunge that wiped out more than $2 trillion in corporate value.

Analysts cautioned that there could be more turbulence ahead, in part because of unsettled conditions in China. Beijing has devalued its currency and taken other steps to address a major slowdown in its economy, the world's second-largest.

Wall Street took some comfort Wednesday from comments by William Dudley, president of the New York Federal Reserve Bank. Dudley told reporters that the case for a Fed rate hike in September is "less compelling to me than it was a few weeks ago," given China's troubles, falling oil prices and weakness in emerging markets.

Before the recent turmoil, many economists had thought that signs of an improving U.S. economy would lead the Fed to begin raising its key short-term rate, which it's kept at a record low near zero since late 2008. Now, many think the Fed will postpone its first rate hike until December or perhaps even later.