France's lower house of parliament has approved a bill aimed at boosting renewable energy and reducing the country's reliance on nuclear power, among other environment-friendly measures. 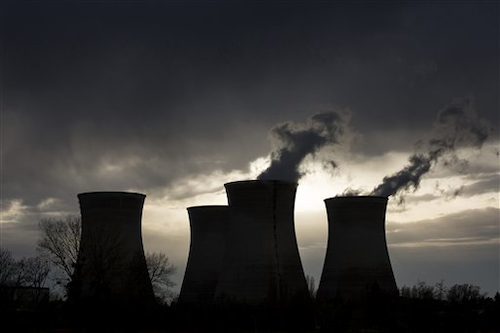 PARIS (AP) — France's lower house of parliament has approved a bill aimed at boosting renewable energy and reducing the country's reliance on nuclear power, among other

The French government wants to be exemplary this year in environmental matters, since Paris is hosting a U.N.-backed conference in December where 196 countries aim to limit greenhouse gas emissions to fight global warming.

The bill pushed by Ecology Minister Segolene Royal was approved Tuesday by the National Assembly, the lower house of parliament, with 308 votes for and 217 against. It will then go to the Senate for further discussions. At the end of the process —probably over summer— the assembly will have the final say.

Among the more significant changes are the following measures:

The bill sets a target of lowering greenhouse gas emissions by at least 40 percent below the 1990 level by 2030, in line with the European Union official target.

The bill aims to reduce France's dependency on nuclear power to 50 percent by 2025. Today, France relies more on nuclear power — 75 percent of its energy — than any other nation in the world. At the same time, the new bill fixes the goal of increasing the proportion of renewable energy France uses in power production to reach 40 percent by 2030.

One measure would forbid big supermarkets from destroying unsold food, part of a national campaign against food waste. The bill would require big supermarket chains to donate goods no longer fit for sale to charities or to farms for use as animal feed or compost.

The new law would ban plastic bags in all supermarkets and stores on January 1, 2016.

Under this bill, the state, local and city councils would be required to buy at least 50 percent of low emission vehicles when they renew their fleets of buses, starting in 2020.

This measure would force all private owners of houses and apartments to renovate their properties if they consume a high amount of energy, one that exceeds a defined threshold.