MN Mine Expanding Without Red Tape

One of the state's largest taconite mines does not need a new environmental study in order to expand and operate for another 16 years, the Minnesota Court of Appeals ruled Monday. 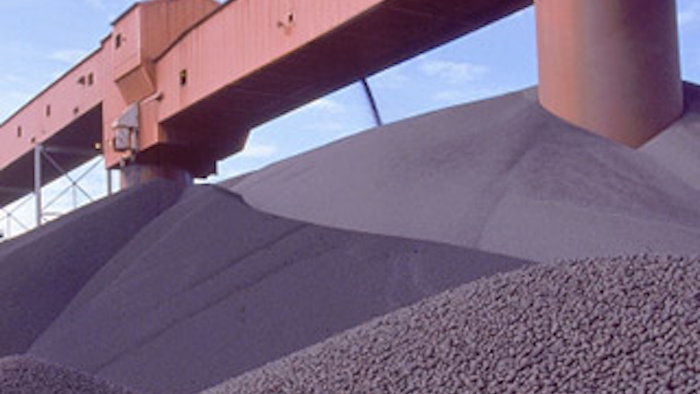 ST. PAUL, Minn. (AP) — One of the state's largest taconite mines does not need a new environmental study in order to expand and operate for another 16 years, the Minnesota Court of Appeals ruled Monday.

The three-judge panel found that a lengthy environmental impact study isn't necessary for U.S. Steel to add 483 acres to its Minntac iron ore mine near Mountain Iron, the Star Tribune (http://strib.mn/1i5rYTj ) reported.

The mine and its processing plant began operating in 1967 and have expanded twice before. The latest proposal would allow the mine to expand again and maintain its current rate of production until 2031 instead of closing in 2015. Minntac employs 1,400 workers.

The state Department of Natural Resources prepared an environmental assessment for the expansion but said last April that a longer environmental impact statement was not necessary. The longer study could cost $1 million to $3 million.

The Minnesota Center for Environmental Advocacy argued that a new and more comprehensive environmental study was needed to protect nearby waterways.

One of the concerns is Minntac's 8,000-acre tailings basin that's used to dispose of mineral waste from crushing and concentrating plants. Heavy metals and sulfates that accumulate in the basin have leaked into the bordering Dark River and Sandy River watersheds, according to state studies.

"This is a facility that's been very damaging to wild rice harvests nearby and has violated state water quality standards in nearby lakes and rivers," said the environmental group's attorney, Kathryn Hoffman. "The court seems unwilling to rectify that."

Hoffman said Minntac should be required to solve those problems before expanding its mine, not afterward. She said the group might appeal to the state Supreme Court.

The appeals court noted that pollution from the tailings basin has been a problem since 2004, but cited evidence that Minntac has cooperated with state pollution officials and is making progress on reducing discharges, collecting and returning seepage water and monitoring groundwater quality.

Steve Colvin, deputy director of the DNR's ecological and water resources division, said the agency is pleased with the decision.

The agency "took a thorough and hard look at the complex mining operation, and provided a good direction for (future) permitting," Colvin said.