Vega recently announced it has entered into the Joint Venture to build and operate a pilot manufacturing plant in Allendale, SC to produce Bio-Coal, among other torrefied products. 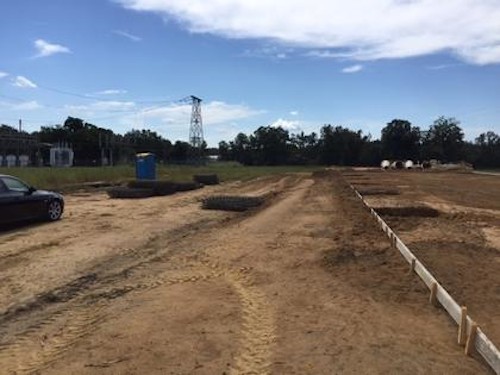 Vega recently announced it has entered into the Joint Venture to build and operate a pilot manufacturing plant in Allendale, SC to produce Bio-Coal, among other torrefied products. When completed in Q1 2015, the plant will use a patented torrefaction technology to produce the Company's green-energy Bio-Coal product from plant and wood biomass, which will then be sold to power companies around the world. A clean and renewable alternative to traditional coal, Bio-Coal has a high energy density of up to 13,000 BTUs, and is a fuel that meets the EU's requirements and those of the Renewable Portfolio Standards and Renewable Energy Credits (RECs) in the United States.

Michael K. Molen, Chairman/CEO of Vega Biofuels, Inc. stated, "We are happy to announce that construction has started at the Allendale plant. These pictures were taken a few days ago and show the site from the road as well as construction trailers on-site. We will post additional pictures on our website as construction continues."