21 Confirmed Dead In Collapsed Mine

An explosion ripped through the Dongfang coal mine in the city of Huainan. The search for the missing miners was hampered by collapsed shafts and gas pockets, but ended with the confirmation of the 21 deaths. Authorities determined that the mine was operating illegally. 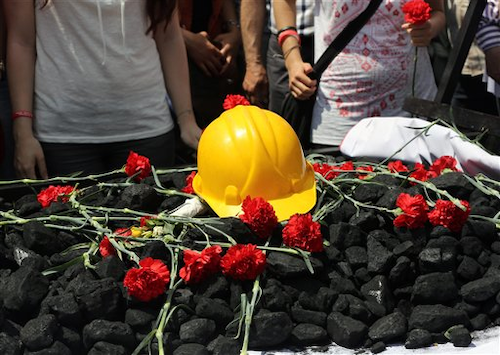 (AP) — Chinese authorities have confirmed the deaths of 21 missing miners who were trapped in an August mine collapse in eastern China, bringing the death toll to 27, state media reported Wednesday.

The official Xinhua News Agency said an explosion ripped through the Dongfang coal mine in the city of Huainan on August 19. The search for the missing miners was hampered by collapsed shafts and gas pockets, but ended with the confirmation of the 21 deaths. Six bodies had already been found, while 12 miners escaped, Xinhua reported.

Chinese authorities determined that the mine was operating illegally.