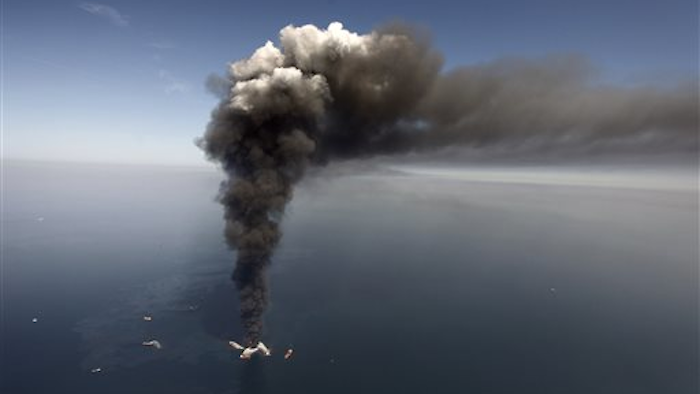 The oil came from a well owned by BP and Anadarko Petroleum Corp., so they are liable, the 5th U.S. Circuit Court of Appeals said. It upheld a 2012 ruling by U.S. District Judge Carl Barbier, who has scheduled a trial in January to help decide how much the oil giant owes in federal Clean Water Act penalties.

"We hope the court's decision will be one more step toward reaching a just conclusion for the American people," U.S. Justice Department spokesman Wyn Hornbuckle said in an email.

Anadarko is reviewing Wednesday's ruling and its options, spokesman John Christiansen said in an email.

Loyola University law professor Blaine LeCesne said he doubts Anadarko will have to pay much, if anything, in Clean Water Act fines because its partnership gave BP complete control over how the well was drilled and run. In 2011, Anadarko agreed to pay BP $4 billion. BP said that payment would be part of its $20 billion fund to compensate people and businesses hurt by the spill.

BP had no comment on Wednesday's ruling — the 5th Circuit's second against the oil giant in less than two weeks. The court ordered BP on May 27 to resume paying claims while it asks the U.S. Supreme Court to review its settlement with some businesses. A 2-1 judgment putting that order into effect was filed May 28.

The companies argued that failure of Transocean's blowout preventer caused the explosion that killed 11 men on April 20, 2010, and spewed oil into the Gulf of Mexico until the well was capped that July 15. They also argued that although the oil was from their well, it got into the gulf from the pipe leading from the well to the rig. That riser was ripped apart when the blazing rig sank.

"It was a ridiculous and really desperate argument. It's no surprise the 5th Circuit made quick work of it and affirmed the district court's opinion," LeCesne said.

The 5th Circuit heard the case in August.

"By all accounts, if the vessel's blowout preventer had functioned properly, the oil would not have entered navigable waters in violation of the Clean Water Act," Judge Fortunato P. Benavides wrote in an opinion signed by Judges Carolyn Dineen King and James L. Dennis.

The companies contended that meant the rig's owners should be the only companies to pay. However, Benavides wrote, the law does not let defendants facing civil penalties shift liability by blaming others, though such arguments may reduce the amount of damages.

"Although the defendants argue that the blowout preventer should have engaged and prevented the progression of the blowout, the need for this intervention only underscores the extent to which the oil was already unconfined and flowing freely," he wrote.

Dennis was also in the majority in the 5th Circuit's May 28 judgment. He and Judge Leslie H. Southwick agreed that BP must resume paying claims; Judge Edith Brown Clement dissented.

BP says it has paid out more than $12 billion in claims to people, businesses and government entities.

The state will soon launch a competitive bidding process to try to get even more protective masks at lower prices.
Jul 23rd, 2020
Follow Us
Most Recent