Drilling crews are eager to plunge their equipment into the ground. Road builders are ready to start highway projects, and construction workers need to dig. But across the hyperactive oil fields of North Dakota, these and other groups have to wait for another team of specialists known for slow, meticulous study: archaeologists. 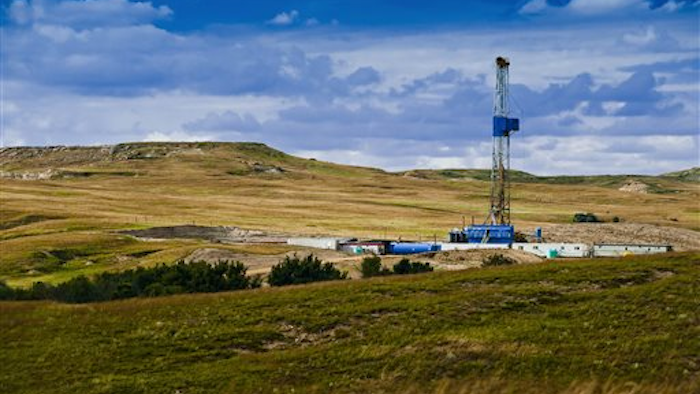 TIOGA, N.D. (AP) — Drilling crews are eager to plunge their equipment into the ground. Road builders are ready to start highway projects, and construction workers need to dig.

But across the hyperactive oil fields of North Dakota, these and other groups have to wait for another team of specialists known for slow, meticulous study: archaeologists.

They are the experts who must survey the land before a single spade of dirt can be turned, a requirement that has produced a rare jobs bonanza in a field that forces many highly educated professionals to hop from project to project around the world and still struggle to make a living.

Without the oil boom, a lot of young archaeologists might "never get the experience," said Tim Dodson, who endured a long job search before finding work overseas and later coming to North Dakota.

The positions also come with a constant tension: The archaeologists are trained to find evidence of the past, but the companies that pay them would prefer not to turn up anything that gets in the way of profits.

Archaeological surveys are intended to protect any historical treasures that might lie buried atop the region's oil and natural gas deposits. Although not required on all oil projects, they are a mandate for most federal drilling permits.

The work involves inspecting a site for any artifacts or evidence of past human habitation and cataloging the effort. If significant discoveries emerge, most oil companies will change plans to avoid the hassle of drilling in a sensitive area.

Long before the oil boom, previous archaeological digs uncovered a nearly complete duck-billed dinosaur fossil with skin, bones and tendons preserved in sandstone. Other excavations have focused on old trading posts, military forts and battlefields, according to the State Historical Society of North Dakota.

With more archaeologists working in the oil fields, the number of historic sites in North Dakota jumped from 846 in 2009 to nearly 2,260 in 2013, the state's Historic Preservation Office said. Those sites include forgotten settler cemeteries with graves marked in foreign languages, abandoned homesteader farms and stone circles put in place by American Indians thousands of years ago.

"A lot of that wouldn't be happening without the boom," said Richard Rothaus, an archaeologist who heads Trefoil Cultural and Environmental Heritage, a Minnesota-based firm that offers "cultural resource management," an umbrella term for this kind of archaeological work.

While the oil boom is the engine behind the speedy growth, the archaeological work is not focused entirely on drilling sites. Much of it targets building projects designed to support the oil business, such as road, bridge and airport improvements.

Over the last decade, the number of firms authorized to do surveys in North Dakota rose from around 30 to 50, said Paul Picha, chief archaeologist at the historical society.

No one in the field keeps track of exact archaeology employment numbers, but the oil boom has almost certainly expanded the ranks of North Dakota archaeologists from as few as a few dozen to several hundred, if not more.

For instance, the Bismarck office of Metcalf Archaeological Consultants has roughly doubled in size every year for the past three years, according to Damita Engel, regional director of operations at the firm, which is based in Golden, Colorado.

The added jobs have helped scores of archaeologists such as Dodson, 30, who received a master's degree in maritime archaeology in 2009 from England's Southampton University. After graduating, he moved back in with his parents in St. Louis and worked as a bartender and bouncer while searching for a position in his specialty.

After seven months, he finally landed one in the United Arab Emirates, which led to jobs in Virginia and Colorado.

That's a common path for archaeologists. Most jobs are short lived and are limited by either budget or scope. The profession is nomadic for many starting out, requiring frequent moves over long distances. The pay is low, the benefits few.

Unlike his previous positions, the oil-patch jobs were with larger companies for higher salaries. Last year, he headed to Bismarck to join KLJ, an engineering and planning firm that also does cultural resource management.

The work has little of the romance evoked by Hollywood's Indiana Jones or pith-helmeted archaeologists unearthing mystical secrets of the distant past. Instead, it involves lot of walking around and supervising construction.

When a site needs to be surveyed, teams of archaeologists walk across the area scanning the ground for historic objects, which are defined as anything more than 50 years old. When team members come across something, they mark its location on GPS and photograph it.

One such survey was conducted on a battlefield where U.S. soldiers clashed with American Indians in 1864. A utility company wanted to run new power lines through the Killdeer Mountain site, but Indian tribes feared the project could disturb the remains of native people who were killed there. A spokesman for the Basin Electric Power Cooperative said archaeologists found "nothing of consequence" along a 150-foot right of way.

When something of value does emerge, companies often choose to go around the site or move their project slightly. At the frenetic pace that drives many drilling projects, there is little patience to wait for — or willingness to pay for — a full excavation.

At the heart of the work is a natural friction between the experts doing archaeological surveys and the companies that hire them, Rothaus said.

"While I'm out there looking for things, I know if I find them, it's a problem for the person who signs my paycheck. And there's a tension there."

"I think we all try to be professional," he added. "But I think it would be naive to ignore that."