A city official who was in charge of Toledo's water treatment plant has resigned just three weeks after toxins contaminated the water supply for about 400,000 people. 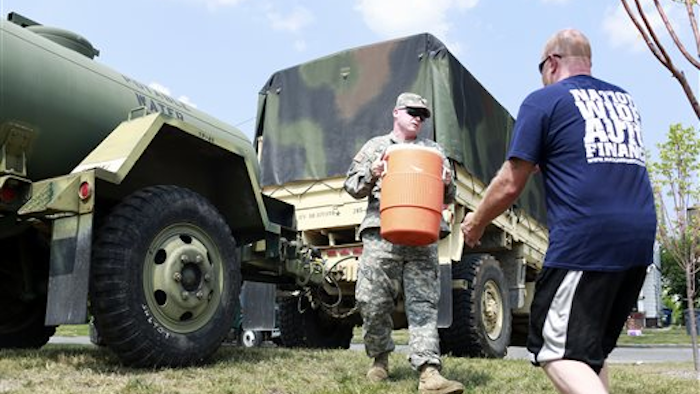 TOLEDO, Ohio (AP) — A city official who was in charge of Toledo's water treatment plant has resigned just three weeks after toxins contaminated the water supply for about 400,000 people.

Toledo's mayor says he asked for David Leffler's resignation because he no longer had confidence in him.

Leffler was on vacation during the water emergency in early August, but Toledo Mayor D. Michael Collins tells the Blade newspaper that the do-not-drink advisory would have been issued even if Leffler had returned to the city.

Leffler couldn't be immediately reached for comment. There was no telephone listing for him.

Residents in northwestern Ohio and southeastern Michigan were left without clean tap water for more than two days when toxins produced by algae in Lake Erie got into the water supply.