The Texas fertilizer plant that exploded last month, killing 14 people, injuring more than 200 others and causing tens of millions of dollars in damage to the surrounding area had only $1 million in liability coverage, lawyers said Saturday. 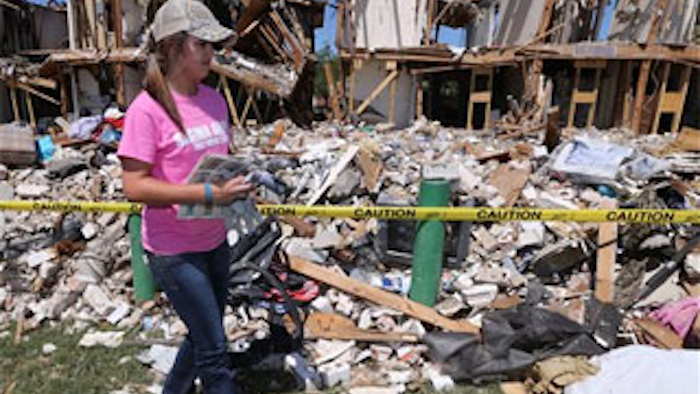 McALLEN, Texas (AP) — The Texas fertilizer plant that exploded last month, killing 14 people, injuring more than 200 others and causing tens of millions of dollars in damage to the surrounding area had only $1 million in liability coverage, lawyers said Saturday.

Tyler lawyer Randy C. Roberts said he and other attorneys who have filed lawsuits against West Fertilizer's owners were told Thursday that the plant carried only $1 million in liability insurance. Brook Laskey, an attorney hired by the plant's insurer to represent West Fertilizer Co., confirmed the amount Saturday in an email to The Associated Press, after the Dallas Morning News first reported it.

"The bottom line is, this lack of insurance coverage is just consistent with the overall lack of responsibility we've seen from the fertilizer plant, starting from the fact that from day one they have yet to acknowledge responsibility," Roberts said.

Roberts said he expects the plant's owner to ask a judge to divide the $1 million in insurance money among the plaintiffs, several of whom he represents, and then file for bankruptcy.

He said he wasn't surprised that the plant was carrying such a small policy.

On April 17, a fire at the West Fertilizer Co. in West, a town 70 miles south of Dallas, was quickly followed by an earth-shaking explosion that left a 90-foot wide crater and damaged homes, schools and nursing home within a 37-block blast zone. Among those killed were 10 emergency responders.

State and federal investigators haven't determined what caused the blast.

The plant had reported just months before the blast that it had the capacity to store 270 tons of ammonium nitrate, but it was unknown how much was there at the time of the explosion.

Roberts said that even without a conclusive cause, negligence lawsuits can proceed.

Lawyers will look for any other assets the company might have and search for other responsible parties, he said.