Chinese workers keeping an American executive, Chip Starnes of Specialty Medical Supplies, confined to his Beijing medical supply factory said Tuesday that they had not been paid in two months in a compensation dispute that highlights tensions in China's labor market. 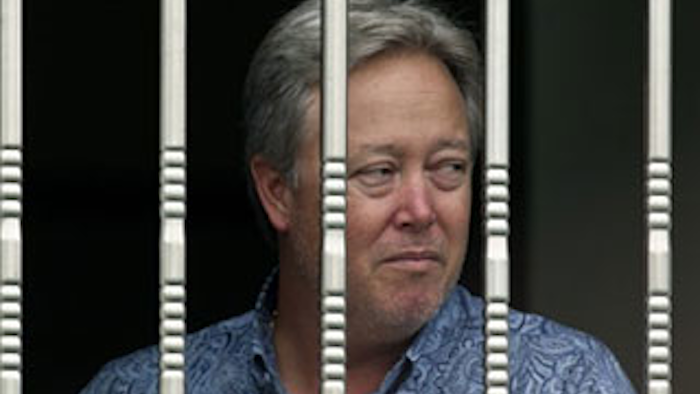 BEIJING (AP) — Chinese workers keeping an American executive confined to his Beijing medical supply factory said Tuesday that they had not been paid in two months in a compensation dispute that highlights tensions in China's labor market.

About 100 workers are demanding back pay and severance packages identical to those offered 30 workers being laid off from the Coral Springs, Florida-based company's plastics division. The demands followed rumors that the entire plant was being closed, despite Starnes' assertion that the company doesn't plan to fire the others.

The dispute highlights general tensions in China's labor market as bosses worry about rising wages and workers are on edge about the impact of slowing growth on the future of their jobs.

Inside one of the plant's buildings, about 30 mostly women hung around, their arms crossed. One worker, Gao Ping, told reporters inside an administrative office that she wanted to quit because she hadn't been paid for two months.

Dressed in blue overalls and sitting down at a desk, Gao said her division — which makes alcohol prep pads, used for cleaning skin before injections — had not been doing well and that she wanted her salary and compensation.

Workers in other divisions saw her division doing badly, thought the whole company was faring poorly and also wanted to quit and get compensation, said Gao, who had been working for the company for six years.

Starnes, 42, denied that they were owed unpaid salary.

"They are demanding full severance pay, but they still have a job. That's the problem," he said, still in the clothes he wore when he went to work Friday morning.

Chu Lixiang, a local union official representing the workers in talks with Starnes, said the workers were demanding the portion of their salaries yet to be paid and a "reasonable" level of compensation before leaving their jobs. Neither gave details on the amounts demanded.

Chu said workers believed the plant was closing and that Starnes would run away without paying severance. Starnes' attorney arrived Tuesday afternoon. Chu later told reporters that there would be no negotiations for the rest of the day.

Starnes said that since Saturday morning, about 80 workers had been blocking every exit around the clock and depriving him of sleep by shining bright lights and banging on windows of his office.

The standoff points to long-ingrained habits among Chinese workers who are sometimes left unprotected when factories close without severance or wages owed. Such incidents have been rarer as labor protections improve, although disputes still occur and local governments have at times barred foreign executives from leaving until they are resolved.

Starnes said the company had gradually been winding down its plastics division, planning to move it to Mumbai, India. He arrived in Beijing a week ago to lay off the last 30 people. Some had been working there for up to nine years, so their compensation packages were "pretty nice," he said. Then workers in other divisions started demanding similar severance packages on Friday, he said.

Kevin Jones, who advises U.S. companies on Chinese labor and employment law, said it is better if American executives stay at home and let their local managers lay off workers.

In a case last week, Jones said the chief financial officer of a U.S. telecommunications equipment maker wanted to come to Beijing to explain the situation and give 41 white-collar workers their termination notices.

"We told him to stay in America," said Jones, who chairs the Shanghai-based Faegre Baker Daniels labor and employment practice. The company's lawyers met with six employee representatives in a hotel. "We had two bodyguards but that was just in case things got out of control," Jones said.