The company reported strong results in its engineered-products business, which makes parts for industrial customers, while looking to cut costs in its aluminum-smelting segment. 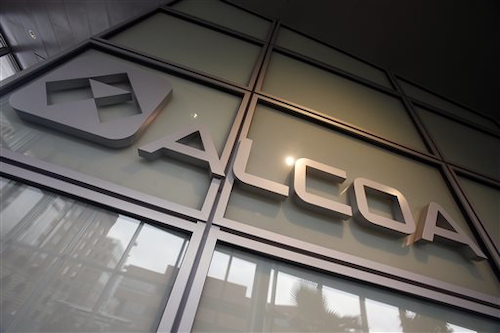 The company reported strong results in its engineered-products business, which makes parts for industrial customers, while looking to cut costs in its aluminum-smelting segment.

Alcoa has struggled in recent years with low aluminum prices and has increased its focus on making sheets and other products for manufacturers of airplanes and autos, who value aluminum for its light weight. Two weeks ago, Alcoa raised its bet on the finished-goods side of the business by announcing the $2.85 billion acquisition of British jet engine component maker Firth Rixson.

CEO Klaus Kleinfeld said the latest results show that the strategy is working. "Our transformation is continuing, and we are changing the portfolio," he said on a conference call with analysts.

Alcoa has been closing smelters to reduce capacity in the older side of its business. Even there, however, results improved as the average price per ton of aluminum climbed 2.4 percent from a year earlier.

The company left unchanged its forecast of a 7 percent increase in aluminum demand this year.

Excluding costs for closing a smelter and mills and other special items, the company earned 18 cents per share. The average estimate of analysts surveyed by Zacks Investment Research was 13 cents per share.

The refiner and producer of aluminum and products made from aluminum, nickel and titanium reported revenue of $5.84 billion compared with $5.85 billion in the same quarter a year ago. That beat Wall Street forecasts of $5.63 billion, according to Zacks.

The shares have risen 40 percent since the beginning of the year, while the Standard & Poor's 500 index has climbed 6.2 percent. The shares have climbed $7.04, or 90 percent, in the last 12 months.