How shady Italian banking led to drama for savers, economy

MONTEBELLUNA, Italy (AP) — For the people of Montebelluna, in Italy's prosperous northeast, the 139-year-old Veneto Banca was not a faceless lender but part of the community. Deals were made in the local dialect. Cash was dropped off with a friendly wave and investment accounts passed on through... 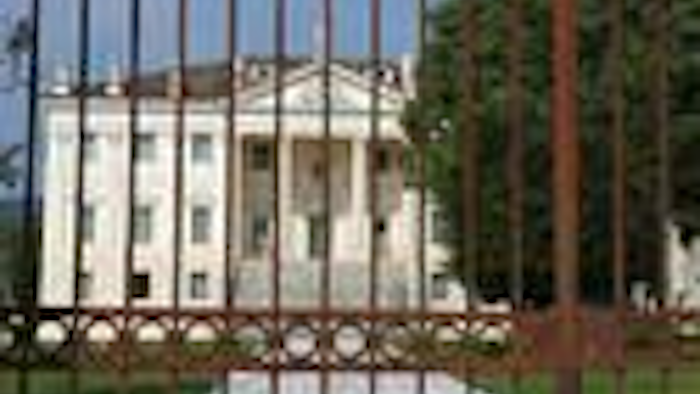 MONTEBELLUNA, Italy (AP) — For the people of Montebelluna, in Italy's prosperous northeast, the 139-year-old Veneto Banca was not a faceless lender but part of the community.

Deals were made in the local dialect. Cash was dropped off with a friendly wave and investment accounts passed on through generations. Loans were offered easily and when the bank needed help, it could count on long-time clients to buy its shares.

"We believed in this institution. It was part of the territory," said Walter Baseggio, who borrowed money for his auto dealership and house while investing the lion's share of his savings in the bank.

Then in 2015, this near-feudal network of mutual support came crashing down. Veneto Banca's share price dropped to pennies and 87,000 shareholders lost 4.5 billion euros ($4.8 billion). The bank eventually got a state-organized rescue.

Similarly cozy relationships between banks and customers as well as lax regulation in much of the rest of Italy have spawned a banking crisis that is bleeding the economy. The banks are saddled with 360 billion euros ($380 billion) in soured loans, a massive amount that is keeping them from lending enough for the economy to get going again.

Italy's economy has not grown since a decade ago. Unemployment is around 12 percent, and almost 40 percent among the young.

And it could get worse, analysts say. Veneto Banca and others could need more help if the government of Premier Matteo Renzi collapses after a popular vote this Sunday on constitutional reforms. Shares were down sharply this week on fears that Renzi could lose the vote.

The story of Veneto Banca is emblematic of how it all went so wrong.

Trouble at the cooperative bank started to become apparent years before it needed a rescue this year. The recession that began in 2008 shrank the economy by 10 percent and the manufacturing sector by a quarter. Businesses were in distress and unable to repay loans.

Most of the bank's investors, by and large small-time stakeholders in their 60s, ignored the warning signs amid assurances from bank managers.

Baseggio, for example, wanted to sell shares in 2014 — then worth 39.50 euros each — to raise cash to help his children, but was told he couldn't because the accounts were being reviewed. They offered him a loan.

"Today, I find myself with shares that are worth 10 cents, and I have a 100,000-euro ($106,000) loan to pay off," he said. The loan included a clause that says he has to pay it off by the time he is 75 — two years away. If he fails, Baseggio risks having property seized, a fear that is spreading through Montebelluna and the surrounding valley.

As both the bank and businesses came under stress, the cozy relationship between them made the situation worse. In some cases, business owners seeking credit to stay afloat received the cash only on the condition that they used some to buy shares in the bank. The agreements were called "kissed deals."

Regulators either turned a blind eye or where unaware of such deals, which are now the subject of criminal investigations. Police are investigating the bank's former CEO, Vincenzo Consoli, currently under house arrest, and at least 14 others.

Authorities assert that the bank was trying to create appearances that the bank had "a stronger capital position than it actually did, deceiving savers and other shareholders."

The accusations date from 2013 and 2014, when the bank undertook a 500-million-euro capital increase. It was during that period, as suspicions began to surface, that Consoli assured shareholders at an annual meeting that the bank was "healthy, solid, capable of confronting Europe's challenges with head held high."

The situation worsened when real estate prices began to fall and never picked up. Properties set up as collateral could be sold only at a fraction of their over-valuated prices. Veneto Banca's portfolio of soured loans was eventually revealed to be nearly twice the national average of 15 percent of total lending, said Franco Conte, president of Codacons regional Veneto chapter.

Obscuring the problem was the fact that the shares in such cooperative banks, in which customers are also shareholders, were not listed on a stock exchange, but priced by the bank itself. That means it was not easy to gauge investors' discomfort about the bank.

Veneto Banca and another local bank were ultimately taken over by a rescue fund this year. More than 200,000 investors saw their life savings shrivel. Shareholders lost between 11 billion euros and 12.4 billion euros ($13.1 billion) in the region alone. To put that in perspective, the bankruptcy of the Parmalat dairy in 2003 — Europe's largest corporate failure at the time — burned 14 billion euros.

Another 12,500 investors lost around 430 million euros when four more small central Italy banks were rescued by the same fund.

Whether they formally count as shareholders will help determine whether they will be compensated. New EU rules meant to decrease the cost of bailing out banks require bondholders and shareholders in a bank to take losses in some cases.

In Italy, that can be a tough choice to make for a government, as bank investors are often households, not multinational banks.

The government imposed losses on small investors in the rescue of four other banks. The highest-profile case involved Monte dei Paschi di Siena, the world's oldest bank, which had to raise new capital, and most of the investor losses were incurred on the high-risk stock exchange.

For decades, institutions like Veneto Banca, found in 1877, were instrumental in supporting Italy's growth, particularly the postwar boom and again in the 2000s. The region of Veneto is among Europe's richest and most entrepreneurial, the base for brands like Benetton, Ray-Ban and Oakley owner Luxottica, and thousands of small businesses.

"It had real growth, that bank," said Luisa Querenghi, secretary general of the UILCA union in Veneto. "It became a bank that responded to the territory, that had a project."

In hindsight, its executives simply did not know how to cope with the economic downturn and rather than face losses, she said, doubled down with their loans-for-shares scheme, a desperate bid to buy time until the economy improved. Except it never did improve.

"As we have seen in any banking crisis, the bankers bet for resurrection, and that engages new practices," Ferri said. Just as with U.S. investment bank Lehman Brothers, which had big investment exposure to the nose-diving property market in 2008, Veneto Banca was in a hole and hoping things would turn around.

Ultimately, Ferri said, "the bets went awry when the macro(economic) conditions did not bring recovery."