WASHINGTON (AP) — The chairman of the Senate Judiciary Committee said Wednesday he is considering a subpoena or another method of compelling testimony from the pharmaceutical company Mylan, the Justice Department and the federal Centers for Medicare and Medicaid Services. All three parties have... 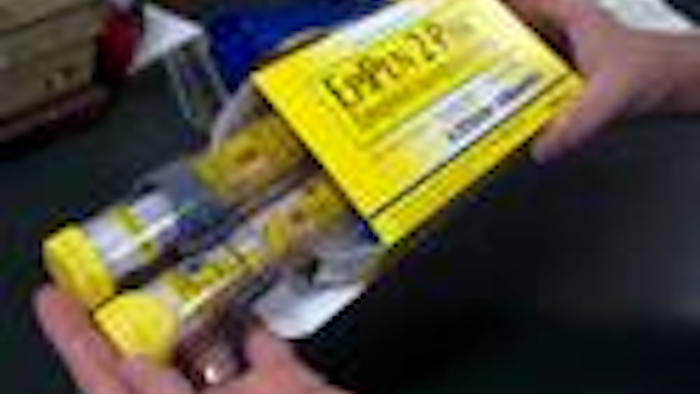 WASHINGTON (AP) — The chairman of the Senate Judiciary Committee said Wednesday he is considering a subpoena or another method of compelling testimony from the pharmaceutical company Mylan, the Justice Department and the federal Centers for Medicare and Medicaid Services.

All three parties have refused to attend a committee hearing next week.

Sen. Charles Grassley, R-Iowa, said in a statement that he is postponing the Nov. 30 hearing on a possible settlement between Mylan and the Justice Department over Mylan's life-saving EpiPen. Grassley said that because of the parties' refusal to participate, "we must now consider compelling their participation."

Mylan has said it agreed to pay $465 million to settle allegations that it overbilled Medicaid for EpiPen. At issue was whether the product should have been classified as generic under a Medicaid program.

But according to Grassley, the Justice Department has said there is no "executed settlement."

Grassley said it appears that the misclassification of the EpiPen has forced taxpayers and states to foot higher bills.

"This committee will not stop until our questions are answered and any appropriate actions are taken," he said.

In September, a House panel grilled Mylan CEO Heather Bresch about the skyrocketing cost of the devices, which many parents rely on when their children have allergic reactions. The list price of EpiPens had grown to $608 for a two-pack, an increase of more than 500 percent since 2007.