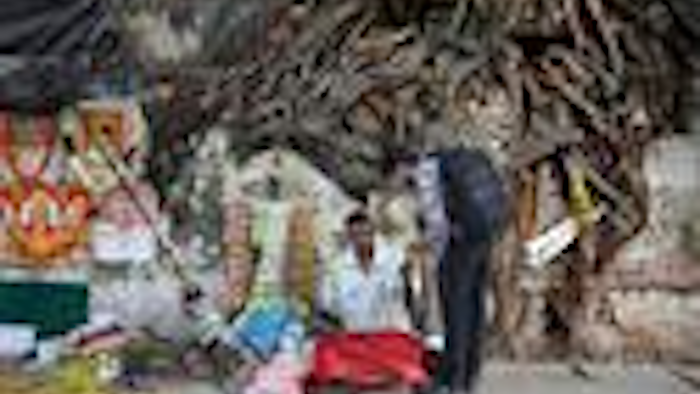 "Most people in the United States think tobacco is over and done with, but it's still the largest preventable cause of disease on the planet" killing 6 million people a year — or one person every six seconds, said John Stewart, deputy campaigns director at the Boston-based lobbying group Corporate Accountability International.

Starting Monday, representatives from at least 178 countries are meeting for five days in the Indian capital to discuss how they can further the fight against smoking and push back against tobacco company lobbyists.

Since they set down stiff regulations and guidelines in a landmark 2003 treaty called the Framework Convention on Tobacco Control — the first and only global treaty dealing with public health — most of the 180 signatories have ratified it and passed laws restricting tobacco advertising or sales.

"The tobacco industry is definitely feeling the heat," Stewart said. "They've got their back against the wall."

Indian courts are currently grappling with 62 lawsuits filed by tobacco companies or cigarette makers challenging laws requiring that 85 percent of all cigarette packets be covered with photos of medical horrors.

In Japan, a 10-percent hike in taxes on cigarettes has led to a 30-percent decline in smoking. But the country still has some of the lowest tax rates on cigarettes among industrialized nations, while its finance ministry owns 33 percent in Japan Tobacco.

The anti-tobacco campaign has had some success. It is widely accepted, at least among national leaders, that smoking causes cancer, cardiovascular and respiratory disease, along with a host of other harmful health impacts.

That awareness still has not trickled down to national populations, though. And campaigners say tobacco interests have shifted their focus to poorer, less educated populations in the developing world.

India — among the first to ratify the anti-tobacco treaty in 2004 — is still considered one of the biggest battlegrounds in the fight against the tobacco industry, public health specialists say.

Despite harsh laws passed more than a decade ago banning smoking in public and sales to children, smoking is still common across the country. A government survey in 2010 showed nearly 35 percent of adults were either smoking or chewing tobacco.

Meanwhile, more than 1 million Indians die each year from tobacco-related diseases that cost the country some $16 billion annually, according to the World Health Organization.

"The revenues that the government earns from tobacco taxes are far less than the billions that are spent on health care," said Bhavna Mukhopadhyay of the Voluntary Health Association of India, a public health organization.

"Public health and the health of the tobacco industry cannot go hand in hand," she said, noting that campaigners are now pushing for countries to make tobacco companies and their shareholders civilly and criminally liable for the harm done by tobacco.

Part of the trouble in India is "the Indian consumer is spoilt for choice," she said, with cigarettes sold alongside chewing tobacco and cheap, hand-rolled smokes known as bidis.

The easy availability and wide choice means many smokers get hooked at a young age. Some are initiated early through the common, cultural practice of chewing something called gutka, which combines tobacco with spices, lime and betel nut and is widely sold as a mouth freshener.

Putting pictorial warnings on cigarette packets is an attempt to educate people about the risks.

"The idea was that even an illiterate person, or a child, would understand the message about the health risks from smoking," said Monika Arora of the Public Health Foundation of India, who runs an anti-smoking campaign aimed at young Indians.