PHILADELPHIA (AP) — Thousands gathered in the shadow of the massive USS John P. Murtha on Saturday to send the ship into active service and honor its namesake. The U.S. Navy commissioned the ship named for the late longtime congressman and decorated Marine Corps veteran from Western Pennsylvania... 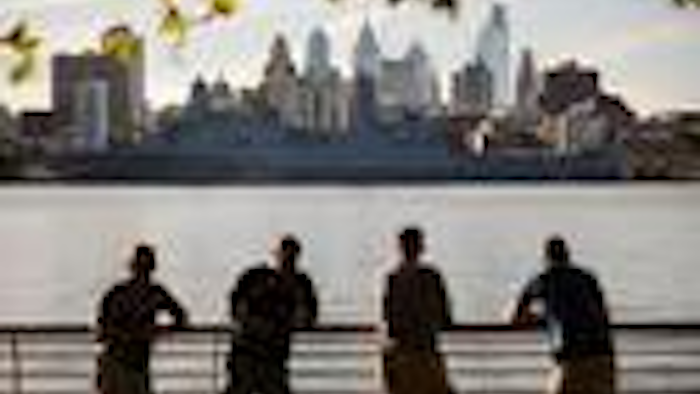 PHILADELPHIA (AP) — Thousands gathered in the shadow of the massive USS John P. Murtha on Saturday to send the ship into active service and honor its namesake.

The U.S. Navy commissioned the ship named for the late longtime congressman and decorated Marine Corps veteran from Western Pennsylvania during a ceremony at Penn's Landing in Philadelphia.

The ship can carry some 800 men and women on military and humanitarian missions and operate independently for about a month. Ships like the USS John P. Murtha are the most technologically advanced warships of today and are used to transport and land U.S. Marines, their equipment and supplies, said Jim McKinney, the ship's production manager.

"Marines truly do love these ships because it can support them in every way," McKinney said. "This generation of ship will be state-of-the-art for decades to come."

Pelosi, a friend of Murtha, said he dedicated his life to serving the nation and established an unparalleled legacy of strength and leadership.

Murtha served as a member of the Pennsylvania House and later was the first Vietnam War veteran elected to Congress. He became the longest-serving congressman in Pennsylvania history shortly before his death in 2010. He was 77.

"We will never see his like again," Pelosi said.

The two-time Purple Heart recipient earned various accolades for his service, including the Navy Distinguished Service Medal upon his retirement as a colonel in the U.S. Marine Corps Reserve.

Murtha became the de facto voice of veterans during his time on Capitol Hill and later an influential critic of the Iraq War. He served as the ranking Democrat on the House subcommittee that oversees Pentagon spending for two decades.

"This ship and, more importantly, the young men and women that will serve our nation on this ship will be the living and breathing embodiment of the legacy of Jack Murtha," said Under Secretary of the Army Patrick Murphy.

Lizzeth Mancillas, of El Paso, Texas, first learned of Murtha's story at the commissioning and from her daughter, who will serve as a member of the ship's crew. Mancillas said it was clear that Murtha deserved the recognition.

"He did his duty for this country in so ways, and it's a true sacrifice," she said. "I support my daughter and the men and women who defend us 100 percent."

The USS John P. Murtha, the tenth of its kind, will homeport in San Diego.