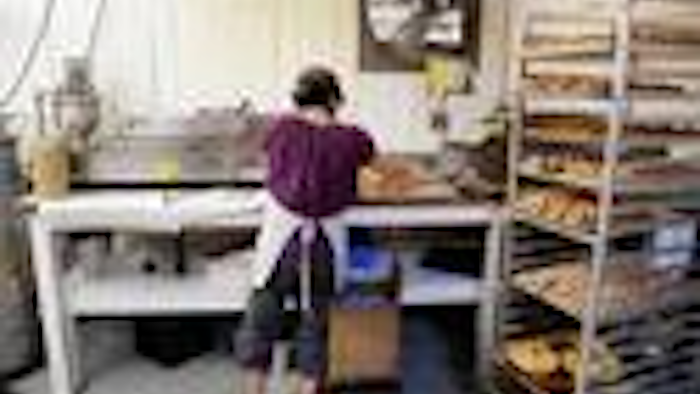 Payroll processor ADP said Wednesday that manufacturers cut jobs for the eighth straight month and professional and business services, which includes high-paying jobs such as accountants and engineers, added the fewest jobs in five months.

The modest job gain adds to other recent evidence that hiring is slowing after several years of strong increases. Businesses added 175,000 jobs in August, ADP's report said, and 196,000 in July.

Recent economic data has painted a mixed picture of the economy. Consumer spending slipped in August to its lowest level since March, yet consumer confidence has jumped to a nine-year high.

U.S. manufacturing expanded in September, after contracting in August, according to a survey by the Institute for Supply Management, a trade group. New orders and production jumped, but that survey also found that manufacturers are still cutting jobs.

The ADP data cover only private businesses and often diverge from the official figures. Economists forecast that the government's jobs report, to be released Friday, will show a gain of 175,000 jobs, according to data provider FactSet. The unemployment rate is expected to remain 4.9 percent.

The government's figures show that employers added an average of 229,000 jobs a month last year. Through the first eight months of this year, that has slowed to an average of 182,000. Still, gains at that pace are enough to lower the unemployment rate over time.

Mark Zandi, chief economist for Moody's Analytics, which helps compile the ADP figures, says the slowdown has occurred mostly because the unemployment rate is low and employers have fewer people out of work to choose from.

Zandi expects the monthly gains will continue to slow, however, until they match the growth of the adult population, which is about 85,000 a month.

The Federal Reserve is closely monitoring the job market as it considers whether to raise the short-term interest rate it controls for the first time this year. The job gains are healthy enough to justify a rate increase in December, Zandi said.