'Smart speakers' are angling to colonize your living room

NEW YORK (AP) — Does your home really need a "smart speaker" that can answer questions, call you an Uber, turn off the lights or play music when you ask? You may be about to find out. Two years ago, Amazon introduced the Amazon Echo, an unassuming, $180 cylinder that sits atop a kitchen counter... 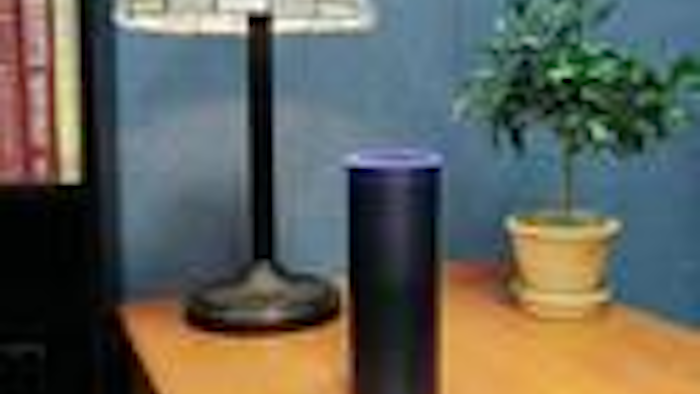 NEW YORK (AP) — Does your home really need a "smart speaker" that can answer questions, call you an Uber, turn off the lights or play music when you ask? You may be about to find out.

Two years ago, Amazon introduced the Amazon Echo, an unassuming, $180 cylinder that sits atop a kitchen counter or bookshelf, acting as a personal assistant that listens to you and does your bidding. Initially, the gadget's main purpose was a little difficult to discern . But Echo and its Alexa voice recognition software have since become a sleeper hit, with an estimated 3 million gadgets sold as of April, according to research firm Consumer Intelligence Research Partners.

Now the Echo is getting some company. On Tuesday, Google announced a similar smart speaker called Google Home, which will be available in November for $129. It will perform many of the same tasks as Echo, including playing music and fielding questions plus controlling compatible lights and appliances. The Google Assistant that works with Home will also be able to access your calendar, Google Maps and other services if you allow.

Apple has opened up its Siri personal assistant so that third-party developers can create new features for it, much the way Amazon has done with its Alexa software. Google Assistant is also opening up to outside apps in December. Sony is working on Xperia Agent , a digital assistant that connects to devices in the home.

But while the Echo carved out an early success, it remains to be seen whether voice-recognition smart speakers will truly break into the mainstream. "They're early, (but) the market is early, and we have a long way to go," said David Smith, an analyst at research firm Gartner.

One key to the Echo's success was Amazon's willingness to work with third-party developers, allowing it to add new functions each week, making it easy for owners of the speaker to discover new ways to use it. (It launched with a few dozen so-called 'skills' and now has thousands).

"Initially we got it for music," said Brian Bishop, a business analyst in Tomball, Texas, whose family uses two Echos. "Later, when it controlled the lights and fans and outlets, that just made it even better."

Interest in smart homes appears to be rising as more people become enamored with their smartphones. A recent online survey of more than 4,600 adults in the U.S. by Forrester Research's Technographics found 57 percent of them either had used or were interested in using a smart home device such as lights or thermostats designed for remote control.

The Echo's hands-free operation filled an undiscovered niche in the smart-home universe. Users can just say the wake word "Alexa" and direct it to do a task like turn on lights or set a timer. Since you don't need to use a smartphone or tablet, that sets it apart from other smart home systems like those offered by Samsung or Apple.

"I've never used Cortana. I don't use Google and my wife doesn't use Siri, but everybody talks to Alexa," Bishop from Texas said. "I couldn't really tell you why. That was the only way to communicate, so we all got in the habit."

Buck Wise, an advertising executive in Portland, Oregon, tried several variants of smart home systems, but said the Echo worked best for him because of the hands-free speaker. He has lights, blinds, and his garage door synced with the Echo.

"Alexa truly is the brain of our home and it would feel like 100 steps backwards to get through a day without her," Wise said.

What won him over? Commanding the device just by speaking — and without having to fire up an app — basically did the trick, he said.

Google has a lot of catching up to do. Amazon first hinted at its Echo ambitions in a Super Bowl ad featuring Alec Baldwin and seen by more than 100 million people.

Beginning in April the Echo went on sale at retail outlets including Best Buy, Home Depot electronic stores such as RadioShack and others. The same month, Amazon opened up its smart home capabilities to let all developers of smart home functions integrate with Alexa. It's also launched two other Echo-like devices, the smaller $50 Dot — which it now sells in six-packs so people can have one in every room — and the portable $100 Tap, to give Alexa even broader reach.

Dave Limp, Amazon's senior vice president for devices, says the goal is for Alexa to keep getting smarter as it continues to build new "skills" over the coming years. "The hope is you can ask Alexa anything and it will be able to respond correctly, quickly and be able to be there," he said.