FRANKFURT, Germany (AP) — Carmakers are finding the Paris auto show , held in a city whose mayor wants to ban diesels to reduce pollution, as a fine place to show off new zero-emission electric vehicles. Most prominently, Volkswagen will unveil a new small electric car as part of its pivot from... 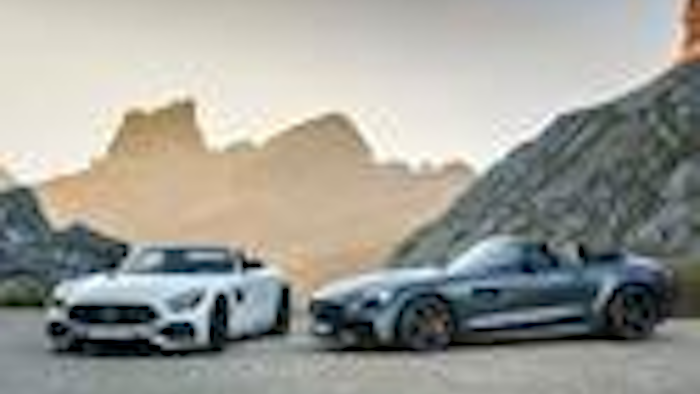 FRANKFURT, Germany (AP) — Carmakers are finding the Paris auto show , held in a city whose mayor wants to ban diesels to reduce pollution, as a fine place to show off new zero-emission electric vehicles.

Most prominently, Volkswagen will unveil a new small electric car as part of its pivot from diesel to more electric models as it struggles to recover from a scandal over 11 million cars that were rigged to evade diesel emissions tests.

And Daimler AG's Mercedes-Benz will unveil a luxury electric SUV aimed at warding off competition from, among others, all-electric upstart Tesla.

Showing electric cars will help avoid a faux pas in a city where the mayor, Anne Hidalgo, has campaigned against pollution from conventional autos. The Sunday before the show opens, she held a second "Day Without Cars." About half the city was off-limits to private cars for seven hours.

Here's what to expect at the show, which runs Saturday through Oct. 16.

I SING THE AUTO ELECTRIC

Volkswagen has vowed to launch more than 30 fully electric new vehicles by 2025 and to sell 2-3 million of them a year. Its new electric car is billed as a "design study" for future models.

Volkswagen has admitted to equipping diesel cars with software that illegally helped them pass lab tests of their emissions. In normal driving, the cars emitted as much as 40 times the U.S. limit of nitrous oxides, pollutants that can harm peoples' health. Separate reports have shown other automakers' diesel cars also exceed emission limits in normal driving, although without resorting to cheating.

Mercedes-Benz is expected to show off an SUV that would compete with other luxury carmakers, in particular Tesla and its Model X. Tesla loses money at present but its buzz and rising sales to rich customers appear to have been noticed by German automakers.

General Motors Co.'s Opel division has the Ampera-e, the European version of the Chevrolet Bolt, which attracted attention when US regulators said it had a range of 238 miles (383 kilometers) on a full charge.

Now for the reality check: Not many people buy electric cars, due to limited range and higher cost, and when they do it's often with a fat tax break. And they're not really zero emissions, either, if coal or natural gas are burned to generate the electricity to charge them.

Only 4.2 percent of all passenger car registrations in the European Union last year were alternative-fuel vehicles. Yet automakers need to sell at least a few electrics to help meet increasingly tough government requirements. The EU is lowering its limit on average carbon dioxide emissions in 2021; the U.S. will require fleetwide average mileage of 54.5 mpg by 2025.

"You have to come with something new. With dieselgate, the world understood that diesel is last year's model, that the environmental problems are too big and that a change of course is needed," said Ferdinand Dudenhoeffer, director of the Center for Automotive Research (CAR) at the University of Duisburg-Essen.

"It makes little sense to make a big deal about diesel in Paris. You will only get disdainful looks."

HAVE THE BUTLER BRING MY CAR

Luxury and sports cars are a regular feature of auto shows, and this one is no exception.

One of the more breathtaking examples is Ferrari's limited edition, open-top hybrid LaFerrari Aperta. The company has shown photographs of a ferocious-looking, low-slung two-seater in black with red accents and big side air scoops.

Porsche has the Panamera 4 E-Hybrid, a four-door sedan with sports car performance, and Mercedes-Benz will show off its Mercedes-AMG GT Roadster and GT C Roadster — two-seat sports cars with fabric roofs that can open or close in around 11 seconds and at speeds of up to 50 kph. The more-powerful GT C has 557 horsepower and goes 0-100 kph (0-62 mph) in just 3.7 seconds.

Carmakers just keep coming out with new SUVs and crossovers, which are basically regular cars with SUV features such as bigger wheel wells and more ground clearance.

It's a hot category. Analytical firm IHS Markit says that sales of SUVs and crossovers in the midsize category grew over a decade from 432,500 to just under 1.71 million in 2015. And the forecast is for more growth.

One of the most important in Europe is the Peugeot 5008, which is morphing into a crossover from a so-called multi-purpose vehicle (translation: van-like vehicle with room for kids, bikes and skis.) Skoda will have its seven-seat Kodiaq and Suzuki a sub-compact crossover under the revived Ignis nameplate. At the higher end, Jaguar Land Rover has its new Discovery, getting the first wholesale body design change in 12 years.

FOR THE REST OF US

More basic transportation for the mass market will also be on hand, several from French automakers at their home show. Nissan unveils a new version of its Micra compact and Citroen will show off the third generation of its small C3, whose distinctive design includes optional airbumps — cushioned door panels that could deflect stray shopping carts in parking lots. In the midsize category, Honda has the new five-door version of its venerable Civic hatchback.

Some carmakers are skipping the show, including Rolls-Royce, Ford, Mazda, Aston-Martin, Bentley, and Lamborghini. Some luxury carmakers prefer to do their own exclusive events; others find the French show too small. There is also competition from technology shows. This year, Ford Motor Co. went instead to the World Mobile Congress in Barcelona, Spain, in February, where CEO Mark Fields talked about the company's efforts in new technologies such as autonomous vehicles.