KENANSVILLE, N.C. (AP) — Donald Trump is spending a good bit of time in this critical presidential swing state, but he's spending Tuesday evening far from cities like Charlotte and Raleigh where many candidates have courted moderate voters in recent years. Instead, he's zeroing in on this tiny,... 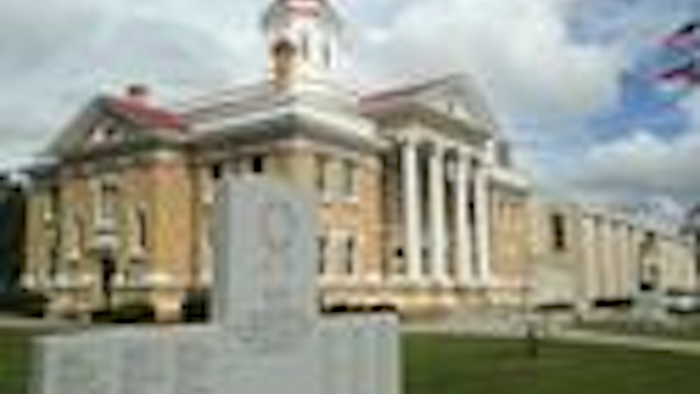 KENANSVILLE, N.C. (AP) — Donald Trump is spending a good bit of time in this critical presidential swing state, but he's spending Tuesday evening far from cities like Charlotte and Raleigh where many candidates have courted moderate voters in recent years.

Instead, he's zeroing in on this tiny, rural town of about 850 people to make his pitch to the disaffected, working-class white voters who have propelled his campaign. The strategy appears to be less about swaying undecideds and more about making sure supporters don't stay home on Election Day.

Registered Democrats outnumber registered Republicans 2-1 in Duplin County, but voters here have chosen the GOP presidential candidate the past two elections by a wide margin. Among those lifelong Democrats is James Teachey, a 78-year-old retired farmer, who said this year was the first he donated to a presidential campaign: $40 to Trump.

"People are sick and tired of the way things are going in Washington and the way people are running it," he said. "I was born coming out of the Depression. We know what a dollar means, what leaving your door unlocked means. And all those things are gone."

Trump's business background is a big draw for his supporters here in Kenansville, where beyond the small downtown area's handful of restaurants, gas stations and a couple of grocery stores lie farms that are the area's major economic driver. Pork and poultry growers and processing plants employ thousands in Duplin County and have drawn thousands of Latinos who now account for more than 20 percent of the county's population.

Trump's rally is scheduled for the Duplin County Events Center, a building that can hold 4,000 spectators on the outskirts of Kenansville. Earlier in the day, he'll make a stop through High Point, a hub of the declining furniture industry that was hit hard by the loss of manufacturing jobs but brings billions to the state each year by hosting a world-renowned furniture market and trade show.

Not many political candidates have come through over the years. Asked if he could remember any other presidential campaign visits, Teachey laughed and said he thought Eleanor Roosevelt came decades ago.

While Kenansville may seem like an unusual campaign stop, Trump's decision to veer farther away from population centers shows that North Carolina is a state he has to win, said Thomas Eamon, a political science professor at East Carolina University.

"Campaigns do generally go to bigger cities, and going to a rural area, there's a certain psychology in going to a small town like Kenansville. I think that symbolically could be good," Eamon said, adding that the site's location near an interstate highway can funnel in conservative spectators from nearby counties.

While North Carolina is dotted with left-leaning urban areas such as Raleigh and Charlotte, it also has one of the country's largest rural populations. A 2012 analysis by the Census found that North Carolina ranked second only to Texas with 3.2 million rural residents.

Duplin County's Latino farmworkers are upset by Trump's comments about Mexicans and his stance on immigration, but many can't vote because they are either guest workers or immigrants not legally in the U.S., said Justin Flores, a vice president of the Farm Labor Organizing Committee.

"The ironic thing is that Donald Trump is coming to talk to a county that owes its entire economy to the work of immigrant workers, some undocumented, almost entirely from Mexico and Central America — the countries that Trump has spoken about with so much disrespect," said Flores, who is based in neighboring Wayne County.

State voter registration figures show that the county has about 1,200 registered Hispanic voters; About 18,000 are white, while 9,000 are black.

Arthur Best, a black voter from Kenansville and U.S. Army veteran, is frustrated like many others by the lack of job opportunities, particularly for minorities. But for him, Trump is not the answer.

"I lost my father in Vietnam. He didn't die for the foolishness we're looking at today," said Best, a Democrat who has been offended by Trump's insults toward U.S. Sen. John McCain and the parents of a Muslim soldier killed while serving in Iraq.

Still, more than a quarter of Duplin County's roughly 60,000 residents live in poverty, and only a fraction have college degrees, according to 2014 Census estimate. For voters like Bill Link, a retired U.S. Marine officer from nearby Beulaville, Trump's promises to improve the economy are what really matter.

"The majority of people right now are leaning for Trump," said Link, who drives trucks and owns a carnival equipment rental business. "Because we're all working people. We all work for a living. We're blue-collar, and we believe that the country has gone the wrong way."