NEW YORK (AP) — Customers have been walking away from sit-down chains as convenience and affordability take precedence. Ruby Tuesday said this week that its CEO is resigning, and the chain forecast another quarter of lower sales as it closes locations. It's the latest of several established... 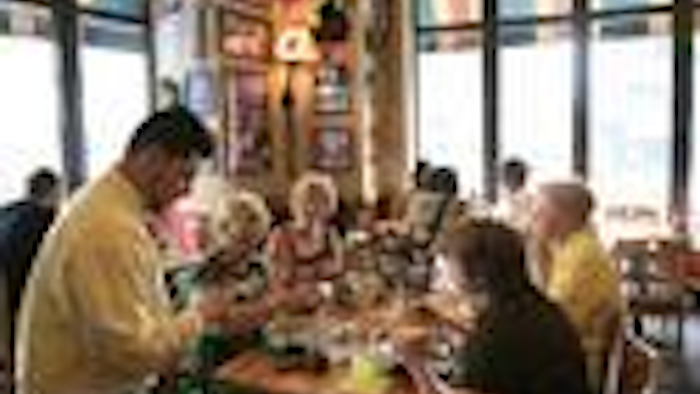 NEW YORK (AP) — Customers have been walking away from sit-down chains as convenience and affordability take precedence.

Ruby Tuesday said this week that its CEO is resigning, and the chain forecast another quarter of lower sales as it closes locations. It's the latest of several established restaurant players that are retrenching, changing management or scrambling to adapt as people have more food choices all around them.

Those suffering the most appear to be the ones where people sit down for waiter service and pay more. Ruby Tuesday's five straight years of declining sales at established locations is an extreme example, but others are feeling it.

Chili's saw sales fall 2.2 percent at established locations for the fiscal year. Applebee's sales edged up just 0.2 percent for its fiscal 2015, but then dropped in the first two quarters of this year. Darden Restaurants rid itself of Red Lobster in 2014 after the seafood chain suffered years of declining sales.

It's an effect of people's changing food preferences and lifestyles. Darren Tristano, president of the restaurant industry tracking firm Technomic, said younger people in particular are on the go and want their food to be, too.

"They're looking for convenience, quality, portability and healthfulness," Tristano said.

A decade ago, sit-down restaurants accounted for 53 percent of the restaurant industry, Tristano said. Now, the balance has shifted and fast-food places — those without waiters or waitresses — have 53 percent of the market. Panera displaced Applebee's, the last sit-down chain in the top 10 restaurant companies by sales, last year, according to Technomic.

Where growth is happening, Tristano noted, is in the corners of the food industry — convenience stores, the prepared food sections of supermarkets, meal delivery companies and at independent restaurants that don't report their sales.

The restaurant industry is particularly prone to change, with established chains constantly in danger of looking dated as newcomers emerge. The competitive pressure is pinching even giants like McDonald's, which is trying to improve the image and quality of its food. The world's biggest burger chain appears on track to reduce its restaurant count in the U.S. for the second year in a row. Subway has seen domestic sales declining for the past two years.

One advantage big fast-food chains have is that they're still more convenient and affordable than sit-down restaurants. It's why Wendy's CEO Todd Penegor said he thinks fast food will keep taking market share from those chains.

Underscoring the power of convenience is that amid the industry pressures, Domino's has been doing well. The pizza chain doesn't have the best culinary reputation, but analysts say the delivery convenience it offers at a low price fits well with what people want.