Alaska regulators delay deciding rules for pot use in stores

JUNEAU, Alaska (AP) — The board regulating Alaska's fledgling legal marijuana industry started a two-day meeting Wednesday during which it was expected to approve licenses for the state's first retail marijuana outlets. But Alaska's Marijuana Control Board delayed for at least another month... 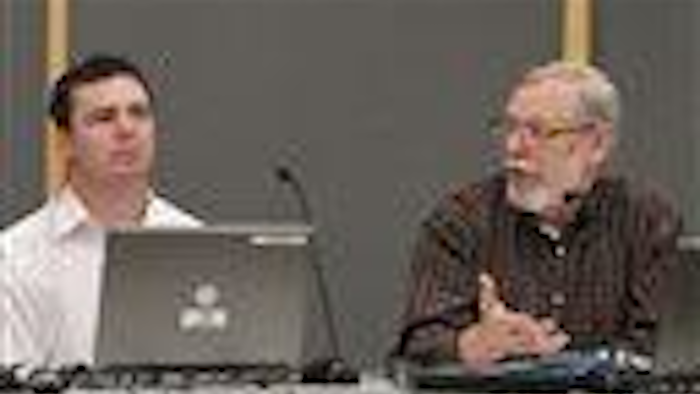 JUNEAU, Alaska (AP) — The board regulating Alaska's fledgling legal marijuana industry started a two-day meeting Wednesday during which it was expected to approve licenses for the state's first retail marijuana outlets.

But Alaska's Marijuana Control Board delayed for at least another month action on a proposal that would give certain retail stores permission to have areas where customers could light up — a key issue because tourists and others would otherwise be prohibited from doing so in public.

The following is a look at where Alaska stands on marijuana sales:

A: Regulators have been writing rules for the industry since last year, after a voter initiative approved recreational use of marijuana by those 21 and older. Heading into Wednesday's meeting, the Marijuana Control Board had approved about 50 licenses for marijuana business operators, with an emphasis first on growers and labs that will test the marijuana.

Starting Wednesday, the board planned to consider dozens more license applications, including requests from people who want to open stores to sell marijuana and those who want to manufacture marijuana products. Applications for retail shops and manufacturers were expected to be considered Thursday.

Q: WHEN WILL I BE ABLE TO BUY MARIJUANA AT A RETAIL STORE?

A: That's not clear.

Retail stores should open by year's end, but the timing will depend in part on when stores have a supply of marijuana approved by laboratories that is legal for sale, said Cynthia Franklin, director of the state Alcohol and Marijuana Control Office.

The marijuana board has focused first on licensing people to grow marijuana and the labs that will test it. The next step was to approve the retail outlets and product manufacturers.

A: That is one of the biggest unanswered questions that the Marijuana Control Board has before it.

Earlier this year, it proposed allowing cannabis shops to sell marijuana for use at the shops — like bars sell alcohol.

But the board retreated from that stance in July after one member expressed concerns. Instead, it proposed a narrower plan that would allow people to buy marijuana products to smoke, inhale or consume in food, like a brownie, in an authorized store and go into a separate area to partake. People would be allowed to take resealed unused portions with them.

On Wednesday, the board — over the objection of the two industry members — voted to table the issue for further consideration at its October meeting. Industry member Brandon Emmett said it was time to act.

The board has been trying to find a way to accommodate tourists. Public consumption is banned except for in authorized stores, and the proposed rules for onsite use have yet to be finalized.

The summer tourist season is effectively over for this year.

Many of the people who submitted comments on the proposal opposed allowing people to smoke marijuana in authorized stores, citing concerns with secondhand smoke.

Board member Mark Springer said consumption could also mean eating a cookie or brownie. It could well be that people concerned about the smoke issue aren't concerned with the "crumb issue," he said.

"I think we can hold off on this and make it work," Springer said in supporting the delay.

If Alaska approves allowing people to consume marijuana in the stores, it would be the first U.S. state to do so for recreational pot use.

This story has been corrected to say that Alaska would be the first U.S. state to allow recreational pot use at retail marijuana stores.