Those chirps and chimes in your car have science behind them

DEARBORN, Mich. (AP) — Whether it's the pleasant greeting when you slide into the driver's seat or a loud, annoying beep that warns you of an imminent crash, there's science behind the noises that your car makes. Nearly all automakers have engineers and others assigned to special groups that make... 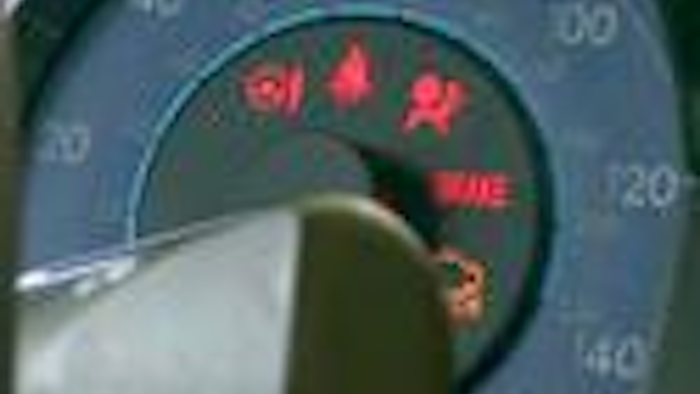 DEARBORN, Mich. (AP) — Whether it's the pleasant greeting when you slide into the driver's seat or a loud, annoying beep that warns you of an imminent crash, there's science behind the noises that your car makes.

Nearly all automakers have engineers and others assigned to special groups that make sure musical greeting sounds are pleasant and that warnings like forward collision alert are so annoying they get a driver's attention fast.

As recently as a decade ago, there wasn't much research behind the chirps, bells and chimes inside cars. Most automakers had a dedicated speaker for the sounds, and some even used the crude noise from electrical relays for turn signal clickers and other alerts. But as more features have been added in cars and trucks, the number of sounds has grown, and their functions have become more important.

The average car has 10 to 15 different sounds for anything from keys in the ignition with the door open to seat belt reminders. Some luxury vehicles, or even mainstream cars with a lot of advanced safety features, can have as many as 20 noises. That's only going to grow as more safety features are added on the way toward self-driving cars.

Teams at automakers, some with music backgrounds, come up with the sounds for the various devices. Then they are often tested with real drivers to find out if they're annoying enough for emergencies and soothing enough for greetings. And the cars have to be programmed so the sounds coincide with dashboard text alerts.

On Ford and Lincoln vehicles, the sounds run through the audio system to produce chords, said DeGennaro. The frequencies of major chords tend to be more soothing, while minor chords can be annoying. "It's up to us to pick the right frequencies that can deliver either the harsh or positive sound that we want," said DeGennaro, an engineer who sang in the choir and took music theory classes in high school.

It's then up to field tests with real drivers. Ford, General Motors and other automakers play different frequencies for drivers in tests and ask them to rate how pleasant or annoying they are. Sometimes, they want annoying, as in the case of the shrill staccato beeps that warn GM drivers to brake because they're nearing a collision.

Currently GM can only do two single-frequency tones played over the audio system speakers, but it's testing more sophisticated sounds across the globe, said Andy Gellatly, the company's technical fellow for user experience, who is in charge of sounds.

Multi-tone sounds can be more effective than single-frequency ones, and they also can give owners the feeling of quality, Gellatly said. They can even help establish a brand identity, which is what German automaker Audi has done, he said.

"We've come a long way with external styling, and now interior styling has matched," he said. "If you have a beautifully styled product, the sounds should match that."

He wasn't sure when the new sounds would be ready, but said initial research shows that many sounds convey the same meaning worldwide.

At Toyota, sounds are more regimented. Engineers have a choice of pre-selected noises, many coming from a central speaker, and they assign them to different tasks based on the urgency of the alert. As demand for louder noises has grown due to pre-collision and other warnings, the speaker had to be modified for more output, said Engineer Nathan Secord.

Trucks generally have more sounds than cars because of four-wheel drive systems, Secord said. "You'll have a buzzer for any kind of system that may have a malfunction, and there can be multiple triggers for the same buzzer," he said. At the same time the buzzer sounds, text alerts flash on the dashboard to tell drivers what's going on.

When the computer in Eric Snowberger's new Honda Pilot figured out that he might hit the car in front of him in Augusta, Georgia, it flashed a big message in orange letters telling him to brake and sounded a rapid "ding" that got his attention. "It's not anything where cannons are going off in the car," said Snowberger, director of the police academy at a technical college. "I wouldn't call it unpleasant, but it's enough to let you know 'hey, I need you to do something now.'"