DETROIT (AP) — Kelly Dahle remembers leaving work one day several years ago at the same time as the CEO of her company. When they arrived at her car, he was startled. "Great car! But why do you need a BMW?" he asked. Dahle didn't respond — "I wanted to keep my job," she says with a laugh — but... 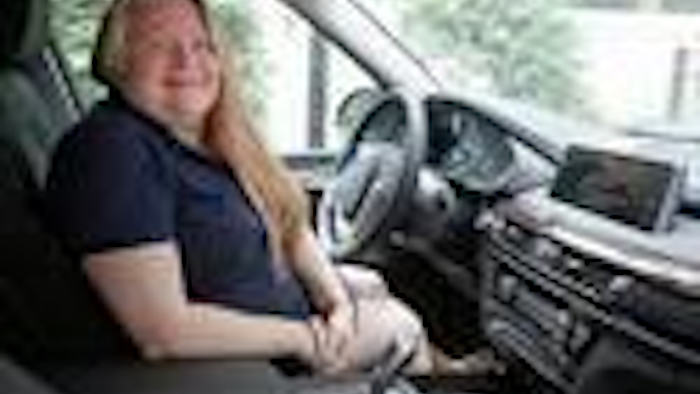 DETROIT (AP) — Kelly Dahle remembers leaving work one day several years ago at the same time as the CEO of her company. When they arrived at her car, he was startled.

Dahle didn't respond — "I wanted to keep my job," she says with a laugh — but she could have told her boss to get used to it. Women are buying more luxury vehicles than ever before, thanks to growing earnings, better marketing and a richer mix of products designed to appeal to them.

In the U.S., 41 percent of luxury vehicles sold so far this year were bought by women, up from 37 percent five years ago, according to car shopping site Edmunds.com.

But the luxury market has changed. In 1998, Lexus introduced the midsize RX SUV and marketed it specifically to women, emphasizing its reliability, spaciousness and soft, quiet ride. Since then, sales of small and midsize luxury SUVs have exploded, with even die-hard car makers like Maserati, Porsche and Jaguar joining the fray. The percent of women buying small luxury SUVs — like the BMW X3 or Acura RDX — has nearly tripled over the last five years.

"The idea of the luxury vehicle has changed. Performance is just one corner of the market," says Jessica Caldwell, a senior analyst with Edmunds.

Women have changed, too. They still earn less than men do, but the gap is slowly closing as more women earn college degrees. Thirty-eight percent of women now out-earn their husbands, up from 30 percent in 2000, according to the U.S. Bureau of Labor Statistics.

Lexus remains the market leader, with 47.5 percent of its sales going to women so far this year, Edmunds says. Acura, Volvo, Lincoln and Mercedes-Benz round out the top five.

Meanwhile, makers of performance cars struggle to attract women. Only 9 percent of Ferraris and Lamborghinis have been bought by women.

The growing number of small and midsize SUVs in the luxury market also has made the brands more affordable, helping women justify their purchases. A Lexus LS full-size sedan starts at $72,520, but the NX compact crossover costs less than half that. A rise in leasing, which lowers the monthly payments, has also helped.

Caroline Eichholz, who works for a property management company in Savannah, Georgia, bought a 2015 Mercedes-Benz GLK350 earlier this year for some very practical reasons. The Mercedes dealer is a family friend and the dealership is a few blocks away, so she can walk home when she drops off the compact SUV for service. She wanted a newer vehicle for its safety features and amenities, like wireless phone connectivity. She also got a good deal, since the GLK has since been replaced with the GLC.

"It's compact and cute. It fit me and fit my budget," Eichholz said.

Dahle, who lives in Downers Grove, Illinois, recently bought her first new BMW after decades of driving used ones. She decided on the BMW X5, which has the space to haul her daughter but can still fit into her modest garage. She liked the powerful V8 engines in her old BMWs, so she opted for one in her new BMW. But she bypassed BMW's M-series performance model; she didn't like the sportier styling and low-profile tires because they don't work well in snow. Mostly, she said, she wants a BMW because of its solid, safe feel.

"I trust it if I need to make a sharp turn," she said.

Automakers have grown more sophisticated in marketing to women. Gone are the days of the 1955 Dodge LaFemme, a pink car that came with a matching purse, lipstick and umbrella.

Ian Beavis, a marketing expert and chief strategy officer at the vehicle testing and consulting firm AMCI, says luxury car makers are increasingly advertising during television programs that appeal to women, such as evening dramas, the "Ellen DeGeneres Show" and NFL football games.

Even though the ads may feature men, like Lincoln's quirky ads starting Matthew McConaughey, they show things that interest women, like luxurious, quiet interiors and safety features. One Acura ad shows an engineer putting lifelike crash-test dummies that look like members of his own family into a vehicle before a test.

Beavis said luxury brands also are hosting fashion shows, art exhibits and other things that help them interact with women.

"No one buys a luxury car for a rational reason. You really have to make sure you reach people at an emotional level," Beavis said.