Target cuts outlook as it sees fewer customers in stores 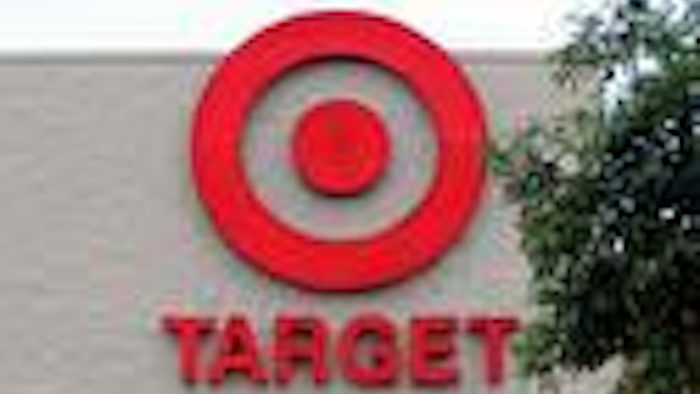 NEW YORK (AP) — Target Corp. cut its profit forecast and a key sales outlook Wednesday as it saw fewer customers in its stores and acknowledged it didn't push the second part of its "Expect More, Pay Less" slogan.

The Minneapolis-based discounter's second-quarter net income fell nearly 10 percent, though that was better than what most had expected. Sales at stores open at least a year fell 1.1 percent, reversing seven straight quarters of gains.

Customer traffic fell for the first time in a year and a half. The company attributed that to it falling short on the "Pay Less" position, turning off shoppers looking for essentials like detergent or basic T-shirts. Target also cited issues in the quarter that were both company-specific and industrywide. They ranged from a lack of new products in its electronics area to disappointing business in perishables like fruits and vegetables and disruptions caused by its sale of its pharmacy business to CVS. The deal was completed in December of 2015.

Target also saw a wide variability in sales by markets, noting weakness on the East Coast but pockets of strength in parts of California.

"Our No. 1 focus is driving traffic back to our stores and accelerating business to our site," Chief Executive Brian Cornell told analysts on a conference call.

To boost sales and traffic, Target plans to increase marketing for its essentials and work with key vendors like Apple to push more innovation and to also improve presentations. In the pharmacy areas, it's working with the pharmacists to have them play a key role in the departments. It's still trying to reinvent its food area.

Target is also developing specific marketing plans to address key regional areas that have seen slower sales. And it's expanding its online services — doubling the number of stores that will be used to ship products directly to online shoppers' homes, which will result in speedier deliveries. Online sales rose 16 percent in the second quarter, lower than the 23 percent gain in the first quarter.

"Our progress in apparel and home has been really significant," said Cornell. "And we've got to make sure we never lose track of the other side of our brand promise and that's the "Pay Less" side. And that's all about those core household essentials that we have to make sure are presented effectively."

The quarter underscores challenges Target and other retailers face from Amazon and shoppers who remain somewhat cautious.

Target has been trying to reinvigorate itself under Cornell. He wants to restore the retailer's cheap-chic status and make Target more nimble after a series of headline-grabbing setbacks, including a pre-Christmas 2013 debit and credit card breach that hurt sales and profits for months. But striking the balance between offering stylish clothing and bedspreads while cultivating the perception that it's also a place to buy toothpaste and detergent at a good price is tricky.

Under Cornell, Target is focusing on categories like fashion, home furnishings and wellness products. The company has spruced up its presentation and created vignettes to feature its home products. Target is also creating new brands such as Cat & Jack, a children's clothing that is expected to generate annual sales of $1 billion. The collection hit stores this summer in time for the crucial back-to-school season.

It's also trying to reinvigorate grocery sales, which represent about 20 percent of its total business. It's marketing more organic, natural or gluten-free products. Target's nonperishable items have been doing well, but it's still having trouble getting shoppers to pick up fruits and vegetables, according to analysts.

Target's electronics department was a "significant drag," Cornell said. Apple product sales were down 20 percent in the quarter.

The company now expects earnings this year in the range of $4.80 to $5.20 per share, lower than the $5.20 to $5.40 it had projected earlier. Same-stores sales could fall as much as 2 percent in the second half of the year, Target said.

Net income for the quarter was $680 million, or $1.16 per share. That compares with $753 million, or $1.18 per share, in the year-ago quarter. Adjusted per-share earnings were $1.23, beating projections of $1.14 from Wall Street, according to a survey by Zacks Investment Research. Revenue fell 7 percent to $16.2 billion.

Elements of this story was generated by Automated Insights (http://automatedinsights.com/ap) using data from Zacks Investment Research. Access a Zacks stock report on TGT at http://www.zacks.com/ap/TGT