BEIJING (AP) — A look at recent developments in the South China Sea, where China is pitted against smaller neighbors in multiple disputes over islands, coral reefs and lagoons in waters crucial for global commerce and rich in fish and potential gas and oil reserves: ___ EDITOR'S NOTE: This is a... 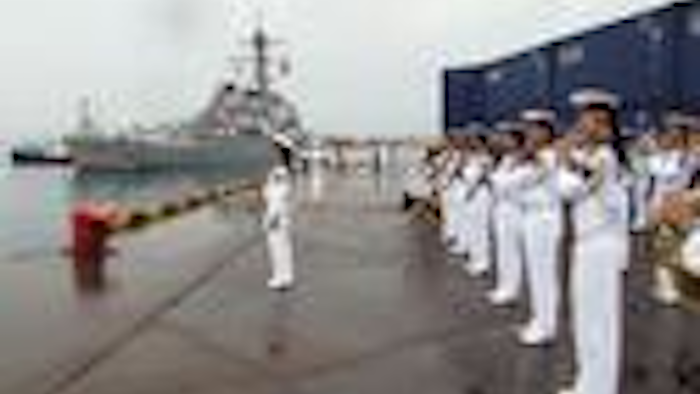 BEIJING (AP) — A look at recent developments in the South China Sea, where China is pitted against smaller neighbors in multiple disputes over islands, coral reefs and lagoons in waters crucial for global commerce and rich in fish and potential gas and oil reserves:

EDITOR'S NOTE: This is a weekly look at the latest key developments in the South China Sea, home to several territorial conflicts that have raised tensions in the region.

A senior Chinese diplomat made clear Monday that Beijing wants next month's meeting of leaders of the Group of 20 major economies to avoid political issues such as its territorial disputes with its neighbors in the South China Sea.

The consensus among members is to "focus on economic development and not be distracted by other parties," Li said when asked about territorial disputes in the South China Sea.

"The Hangzhou summit must focus on economic issues," Li said. "This is what people want to talk about most at the summit."

A desire to avoid a showdown at the G-20 summit was seen by some as moderating China's response to the July 12 ruling by an international arbitration panel in The Hague, Netherlands, that invalidated China's maritime claims to virtually the entire South China Sea.

However, speculation has also risen that China might make even more assertive moves after the meeting, including possibly launching reclamation projects in new areas or declaring an air defense identification zone over the crucial waterbody.

Philippine President Rodrigo Duterte said Friday he is adopting a softer approach in resolving the long-simmering disputes with China in the South China Sea. "We're not in a hurry to wage war, we're in a hurry to talk."

Duterte's special envoy to China, former President Fidel Ramos, returned to Manila on Friday after meeting with Chinese intermediaries in Hong Kong to pave the way for possible talks in Beijing.

Ramos told reporters that China welcomed him to visit Beijing for discussions in the wake of last month's international arbitration panel's ruling in favor of the Philippines over China's South China Sea maritime claims.

The arbitration case was brought by Duterte's predecessor, and Duterte has been lukewarm in his support for the action.

Ramos said in a statement that he met in Hong Kong with the Chinese legislature's foreign affairs chief, Fu Ying, and a leading government-backed scholar on the dispute, and agreed on the need to reduce tensions through talks.

Ramos "expressed the Philippine government's desire to hold formal discussions with the Chinese government on issues of mutual concern and interest at the appropriate time to explore pathways to peace and cooperation," the statement said.

However, Ramos told reporters at a brief news conference that the ruling had not been directly discussed and gave no indication of when the Beijing talks might be held and suggested another negotiator might take his place.

The top diplomats from Japan and the Philippines urged China on Thursday to avoid intimidating actions and follow the rule of law in disputed waters.

Foreign Secretary Perfecto Yasay Jr. and Japanese counterpart Fumio Kishida made the call after meeting in southern Davao city, where they discussed their countries' territorial rifts with China, including Tokyo's help in providing patrol vessels to the Philippines, and enhancing strategic ties. Kishida later met Duterte.

"Maritime order based on the rule of law is indispensable for regional stability and prosperity," Kishida told reporters, adding that the international community should strive to ensure that long-seething conflicts are resolved peacefully.

"This is the not kind of action that is mandated by international law and if anyone, including China, has any particular claim that it asserts over any particular territory, it must bring this within the concept of a peaceful resolution," Yasay said.

The Philippines challenged the validity of China's claims and aggressive actions in the South China Sea after Chinese government ships took control of disputed Scarborough Shoal following a tense standoff in 2012.

The commander of the U.S. Pacific Fleet said Tuesday the response from Beijing and others to the arbitration panel's ruling had brought no surprises, but much more military transparency is needed to reduce tensions in the region.

Adm. Scott Swift also criticized China-Russia joint naval exercises planned next month in the South China Sea, saying the choice of location was not conducive to "increasing the stability within the region." He also said any decision by China to declare an air defense identification zone over the strategic water body would be "very destabilizing from a military perspective."

Swift was visiting the northern Chinese port of Qingdao as part of efforts to build trust and understanding between the two navies, now locked in a protracted competition for primacy in East Asia, where the U.S. has traditionally been the dominant military power.

Swift cited two examples where a lack of Chinese military transparency was problematic: The still unexplained cancellation by China of a visit by the aircraft carrier USS Stennis earlier this year, and the reason for the construction of new hardened aircraft hangers on China's man-made islands.

"That increases the angst and uncertainty, that lack of transparency, and that is generally destabilizing as opposed to a stabilizing action," Swift said.