Railroads might have to let rivals serve their customers

OMAHA, Neb. (AP) — Freight railroads could be forced to allow competing railroads to serve some customers along their tracks if federal regulators approve a new rule. The Surface Transportation Board's proposed rule would only apply to certain companies that don't have many shipping options. The... 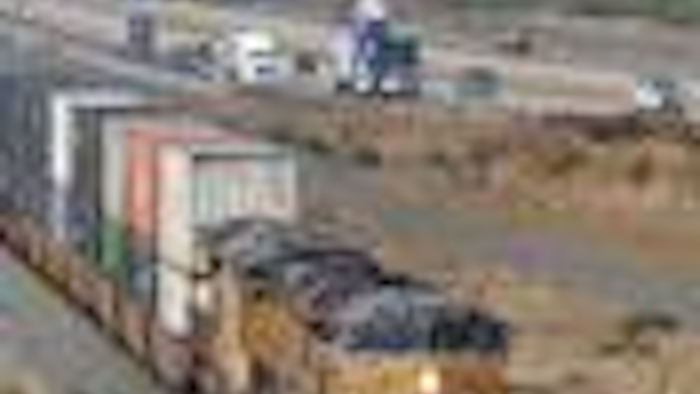 OMAHA, Neb. (AP) — Freight railroads could be forced to allow competing railroads to serve some customers along their tracks if federal regulators approve a new rule.

The Surface Transportation Board's proposed rule would only apply to certain companies that don't have many shipping options. The companies that have been fighting for this change since 2011 praised Wednesday's announcement while railroads decried the proposal.

"We welcome STB's decision to move forward on competitive switching, which will help put the marketplace back in the driver's seat and improve the flow of goods throughout our economy," Dooley said.

The proposal to force railroads to allow some manufacturers to hire a competing railroad to haul their products has been championed by the National Industrial Transportation League.

Citi analyst Christian Wetherbee said in a research note that the proposed rule will likely have a minimal impact on railroad profits because of the restrictions on it.

To get the relief, regulators said every shipper that applies will have to show that the arrangement is in the public interest and necessary to ensure competitive rail service.

But railroads maintain this rule is a bad idea, and they pledged to continue opposing it. President and CEO Ed Hamburger of the Association of American Railroads said forcing railroads to give competitors access to customers on their lines would unnecessarily complicate matters.

"The freight rail industry's position remains unchanged: forced access is an ill-conceived approach that compromises the efficiency of the entire network by gumming up the system through added interchange movements, more time and increased operational complexity," Hamburger said.

An existing rule that would have allowed such freight switching between railroads has been on the books since 1985, but that rule imposed a tougher standard so this has never been approved.

Regulators will accept public comments on the proposal this fall before finalizing the rule.