WASHINGTON (AP) — A new study finds that a commonly used insecticide kills much of the sperm created by male drone honey bees, one reason why the bees are dwindling. The class of insecticide called neonicotinoids didn't kill the drones. But bees that ate treated pollen produced 39 percent less... 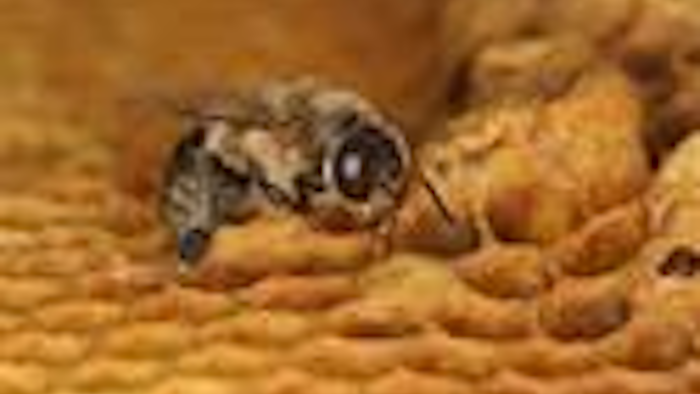 WASHINGTON (AP) — A new study finds that a commonly used insecticide kills much of the sperm created by male drone honey bees, one reason why the bees are dwindling.

The class of insecticide called neonicotinoids didn't kill the drones. But bees that ate treated pollen produced 39 percent less live sperm than those that didn't, according to a controlled experiment by Swiss researchers published Wednesday in the journal Proceedings of the Royal Society B.

It essentially acted as an accidental contraceptive on the drones, whose main job is to mate with the queen — but not one that prevented complete reproduction, just making it tougher, said Lars Straub, lead author of the study and a doctoral student and researcher at the University of Bern. Drones, which are the product of unfertilized eggs, don't gather nectar or pollen and don't sting; they die after mating.

Both the drones that ate insecticide-treated pollen and those not exposed to the chemicals produced about the same amount of sperm. The difference was clear when the researchers put the sperm under the microscope: The bee that didn't have pesticide in its pollen produced on average 1.98 million living sperm, the one with neonicotinoids in its food about 1.2 million.

"There's a reduction in sperm viability and the amount of living sperm, but that doesn't mean there's no living sperm at hand," Straub said. The big question is there still enough of sperm that survive to do the job, he said. Queens generally have one mating flight and store sperm.

Study co-author Geoffrey Williams, a senior bee researcher at the University of Bern, said the team doesn't know how the insecticides might be damaging the sperm, but it seems to be happening after they are produced.

This comes on top of a study published earlier this year in PLOS One that reported the high rate of U.S. honey bee colonies dying coincides with failures of queens. And the queen failure was linked to drones' dead sperm.

"Queen failure is a big problem and this helps explain it," said U.S. Department of Agriculture bee scientist Jeff Pettis, who wasn't part of the neonicotinoid study but was lead author of the PLOS study on queen health. "It's not the queens themselves, it's the drones. It's significant."

There are many problems — mites, parasites, disease, pesticides and poor nutrition — that seem to combine to shrink the numbers of bees and other pollinators, Straub, Pettis and other scientists said. Pettis said he guesses that poor sperm health may account for about a third of the problem.

Neonicotinoid-maker Bayer Crop Science spokesman Jeffrey Donald said the firm's scientists will review the study, but in general "artificial exposure to pesticides under lab conditions is not reflective of real-world experience."

Another team of outside researchers, Jerry Bromenshenk and Colin Henderson at the University of Montana, praised the Straub study as careful and significant. But they said in an email there are still unanswered questions on how much this matters.