NEW YORK (AP) — Dunkin' Donuts is adding more of a special ingredient to improve the taste of its egg patty: eggs. The company says it has been testing a patty with a higher concentration of eggs, and less water and other ingredients. On its website, Dunkin's breakfast sandwiches appear to... 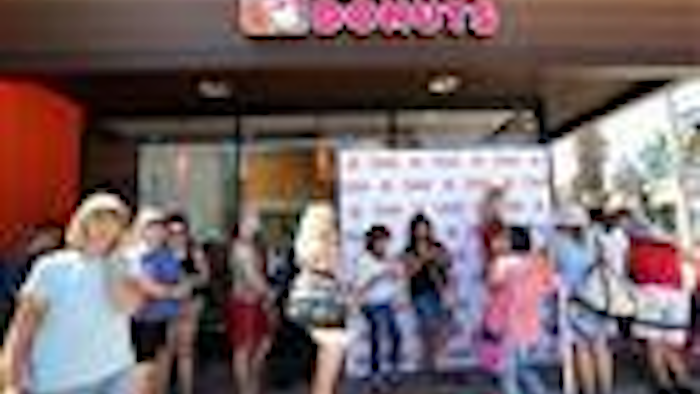 NEW YORK (AP) — Dunkin' Donuts is adding more of a special ingredient to improve the taste of its egg patty: eggs.

The company says it has been testing a patty with a higher concentration of eggs, and less water and other ingredients.

On its website, Dunkin's breakfast sandwiches appear to contain what looks like a single cooked egg. But the "fried egg" listed for the sandwiches is actually a composite that mixes together ingredients including egg whites, water, egg yolks and modified corn starch.

Dunkin' Donuts, which is trying to step up the quality of a range of food items, said it has been testing the new egg formula for several months and that the new version should start rolling out nationally in mid-August.

"The yolk is much fuller, it looks much more yellow," said Dunkin' Brands CEO Nigel Travis in a phone interview Thursday.

Other foods Dunkin' plans to tweak include its bacon and bagels. The changes come after the company conducted research to determine how stepped-up food quality might go over with customers.

"One of the key findings in our consumer research indicates that great tasting, authentic products matter more than ever, especially to younger consumers," Travis told analysts during a conference call following the company's release of its second quarter results.

Dunkin' Brands Group Inc. isn't the only major chain scrambling to step up the quality of its food as it faces more competition from smaller players. McDonald's Corp. has also been reviewing the ingredients it uses and tweaking its cooking methods in the U.S. And several chains including Subway, Taco Bell, Pizza Hut and Panera have promised to simplify their recipes and phase out artificial ingredients.

For its second quarter, Dunkin' said sales rose a meager 0.5 percent at established locations. The company, which has more than 8,500 U.S. locations, said higher prices offset a decline in customer visits.