Concerns over violence as protesters head to Cleveland

COLUMBUS, Ohio (AP) — As Donald Trump seeks to unify the fractured GOP around his presidential candidacy, protest groups will gather outside the Republican National Convention to raise their voices on issues from the party's nominee and agenda, to immigration reform and poverty, and race relations... 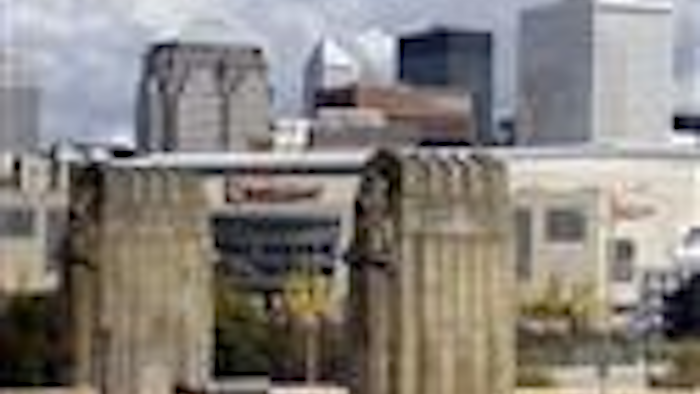 COLUMBUS, Ohio (AP) — As Donald Trump seeks to unify the fractured GOP around his presidential candidacy, protest groups will gather outside the Republican National Convention to raise their voices on issues from the party's nominee and agenda, to immigration reform and poverty, and race relations and police accountability.

Authorities anticipate spontaneous gatherings during the four-day event and are worried about the threat of violence. Homeland Security Secretary Jeh Johnson said he's concerned that demonstrations may get out of hand, especially in the wake of recent police shootings of black men and the ambush that killed five police officers in Dallas. Roughly 4,000 U.S. government personnel will be based in Cleveland to ensure the safety of people there, he said.

Here's a look at the hottest issues for demonstrators in Cleveland, based on those who have applied for permits or announced plans:

PROTEST GROUP: Stand Together Against Trump

WHAT THEY PLAN: About 5,000 people are expected to attend the group's July 21 march, which follows the convention's official parade route in downtown Cleveland. Group founder Bryan Hambley, a Cleveland physician, says its members also are joining an anti-poverty march on Monday. Hambley was among protesters removed from a Trump rally in March after he said he chanted "Stop the bigotry!" He was wearing a T-shirt that read "Muslim doctors save lives in Cleveland."

CANDIDATE'S POSITION: Trump initially called for a freeze of all foreign Muslims entering the U.S. as a means to prevent terrorist attacks from radical Islamic groups. But his campaign spokeswoman Hope Hicks recently said he's no longer seeking a religion-based ban. Trump says he wants to limit immigration from countries with a "proven history of terrorism against the United State, Europe or our allies." His campaign has not provided any further clarification about what that would include.

WHAT THEY PLAN: Protests under the moniker are likely, but no official word of when and where have been announced. The president of Black Lives Matter in Cuyahoga County says his group plans to participate in a "Circle the City with Love" event on Sunday.

CANDIDATE'S POSITION: Trump calls himself "the law and order candidate." He has denounced the name of the Black Lives Matter movement as "a very divisive term." Trump says he believes relations between police and the nation's African-American community are "far worse" than people think. He's suggested that a lack of training for officers might be at least partially to blame for the police shootings of two black men that led to the Dallas protest where officers were killed.

PROTEST GROUP: The Los Angeles-based AIDS Healthcare Foundation, along with the AIDS Taskforce of Greater Cleveland

WHAT THEY PLAN: A "Keep the Promise" concert on the eve of the convention at Cleveland State University's campus. The Sunday event will feature hip-hop group the Roots, gospel duo Mary Mary and civil rights activist Cornel West. The Rev. Al Sharpton was scheduled to headline a march, which was canceled after the Dallas police shootings.

CANDIDATE'S POSITION: Trump has not spoken much about fighting AIDS. In terms of income inequality, the billionaire businessman has proposed a tax plan that would slice individual taxes across the board, but the best-off are expected to benefit most.

PROTEST GROUP: A coalition of groups that includes Organize! Ohio, Iraq Veterans Against the War and many others.

WHAT THEY PLAN: Organizers expect more than 5,000 people to attend their rally and "End Poverty Now! March for Economic Justice" on Monday.

CANDIDATE'S POSITION: Trump says he would repeal the healthcare law. A recent study found his replacement plan would make 18 million people uninsured, but it also would significantly lower premiums for policies purchased individually by consumers. Trump offers a blunt message about a system "rigged" against average Americans. He has pledged to restore prosperity by ripping up trade deals and returning manufacturing jobs from overseas.

ISSUE: Support for Trump's bid for the White House

WHAT THEY PLAN: An estimated 1,500 people are expected to participate in a celebratory rally on Monday at a park about a mile from the convention's main site. The city has granted a parade permit Monday to the Trump backers, but a lead organizer says he's not sure whether they will march.

WHAT THEY PLAN: The group of millionaires wants higher, more equitable taxes on wealthier people like themselves. The organization has reserved time to speak in a designated demonstration area.

CANDIDATE'S POSITION: Trump's proposed tax plan would cut rates across the board and reduce the amount paid by wealthiest Americans and corporations. He said last fall he opposed any increase in the minimum wage, saying that overall wages were too high in the U.S. But in May, he said he would "like to see an increase," yet said it should be left to the states, and didn't specify a figure.

WHAT THEY PLAN: The group's name is an adaptation of "mi gente," meaning "my people." Its members are joining others to erect a wall made of fabric and other materials "to wall off Trump's hate" on Wednesday.

CANDIDATE'S POSITION: Trump wants to build a wall along the Mexican border that he says he will force Mexico to pay for. Trump has also pledged to deport the estimated 11 million immigrants living in the country illegally.

WHAT THEY PLAN: Both sides of the abortion debate intend to have their say. Barring any security restrictions, the anti-abortion group Created Equal plans to fly a banner featuring a photo of a 15-week aborted fetus over the city during the convention. The banner reads "Rescue Unborn Children," with the letters R-N-C in red. Planned Parenthood advocates are expected to take part in some actions around Cleveland.

CANDIDATE'S POSITION: Trump once supported abortion rights, and now says he would nominate Supreme Court justices open to curtailing those rights. Trump says he would support stopping federal money to Planned Parenthood, but also has made positive comments about its non-abortion services.