WASHINGTON (AP) — Federal health advisers are discussing changes to government programs that were intended to improve the safety of painkillers like OxyContin, but which experts say have had an unclear impact. The Food and Drug Administration has assembled more than two dozen experts to review... 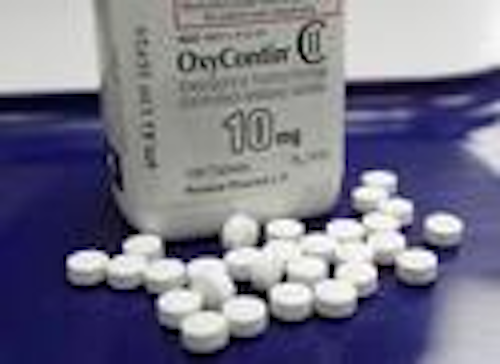 WASHINGTON (AP) — Federal health advisers are discussing changes to government programs that were intended to improve the safety of painkillers like OxyContin, but which experts say have had an unclear impact.

The Food and Drug Administration has assembled more than two dozen experts to review its risk-management plans, put in place nearly four years ago to reduce misuse and abuse of long-acting painkillers. Those drugs are part of a national epidemic of addiction and overdoses tied to opioids, addictive drugs that include both legal medications and illegal narcotics.

Currently, the FDA's risk-management plans focus on voluntary training on how to safely prescribe the drugs. But FDA figures show that less than half of the doctors targeted by the effort have completed the courses. A key question up for debate is whether doctors who prescribe OxyContin and similar drugs should be required to undergo the training.

Prescription opioid overdoses have been rising steadily for well over a decade, reaching nearly 19,000 in 2014 — the highest number on record. Total opioid overdoses exceeded 28,600 that year when combined with heroin, which many abusers switch to after becoming hooked on painkillers.

Despite a full day of presentations on various metrics and data, many panelists said they still could not determine whether the risk plans have helped curb misuse and abuse of the drugs. While overall prescriptions for long-acting opioids have fallen slightly in recent years, that trend began before the programs took effect. At the same time, overdose deaths tracked by federal scientists have continued to rise.

Among other problems, panelists said it's unclear which deaths are being caused by inappropriately prescribed drugs, versus drugs sold on the black market.

"We really don't know how many of these overdose deaths are related to inappropriate prescribing and pain management or just the selling of these drugs on the street," said Almut Winterstein of the University of Florida, the panel's chair.

Multiple panelists described the data used to assess the programs as "poor," including self-reported surveys by doctors.

"The data does not give us a clear indication of whether we are reaching the target population for the crisis we are trying to resolve," said Joseph O'Brien, the panel's patient representative.

The FDA is not required to follow the advice of its panelists, though it often does.

The educational programs are funded by 23 companies that market the long-acting opioids, including OxyContin-maker Purdue Pharma, Endo Pharmaceuticals, Pfizer Inc. and Johnson & Johnson. The content of the training is based on FDA instructions and administered by medical education companies.

According to FDA figures, only 37,500 physicians had completed the voluntary training by March 2015, less than half of the 80,000 targeted by the agency.

In the last year, government authorities have launched a number of steps intended to reduce painkiller deaths, including new federal prescribing guidelines from the Centers for Disease Control and Prevention and state measures that restrict and track opioid prescribing.

The FDA first proposed its risk-management plan in 2010, before the CDC had formally identified opioid overdoses as a national epidemic.