From new to old, some of the gun safety features over time

based iGun Technology Corp. has been developing a "smart gun," a firearm that uses a ring with a chip in it to send a signal to a circuit board embedded in the firearm so that only an authorized user can fire the gun. But this isn't the only technology that exists or is being developed. A look... 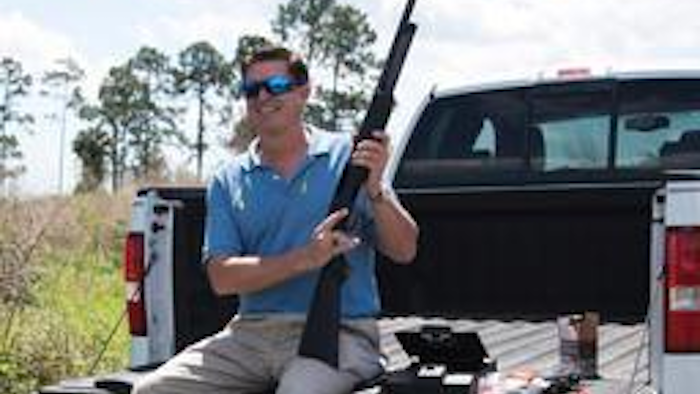 based iGun Technology Corp. has been developing a "smart gun," a firearm that uses a ring with a chip in it to send a signal to a circuit board embedded in the firearm so that only an authorized user can fire the gun.

But this isn't the only technology that exists or is being developed.

A look at other efforts to build a "smart gun" and earlier efforts at making firearms safer:

Armatix GmbH of Unterfoehring, Germany, has developed a handgun that uses a watch that sends signals to the handgun. The iP1 is a .22-caliber pistol that carries a 10-round magazine. The accompanying watch must be within 10 inches of the handgun for it to fire.

At least two gun dealers in the United States made it available to customers in 2014 — one in California, another in Maryland. Both ceased soon after amid an outcry among gun-rights advocates. One concern is a New Jersey law that mandates that within three years of a smart gun being commercially available, only those types of guns could be bought and sold in the state.

The cost also is considerably more than a standard handgun, which can generally run around $450. Instead, the iP1 costs more than $1,300 and the buyer also has to purchase the watch separately for an additional several hundred dollars.

Among those exploring the use of biometrics — similar to what is used to unlock some iPhones — is a teenager from Colorado. Kai Kloepfer received a grant from the Smart Tech Challenges Foundation to develop the technology, which would fire the handgun only when it recognized a finger placed on the grip.

Kloepfer was partly inspired by the shooting at a theater in Aurora, Colorado, in July 2012, which is about an hour from his home in Boulder. He has since founded Aegen Technologies, a startup company devoted to developing firearms using biometrics and other smart-gun technologies.

He will be attending the Massachusetts Institute of Technology this fall after taking a year off after high school to spend more time developing his technology.

WHAT OTHER SAFETY MECHANISMS EXIST?

Efforts to make guns safer with technology are not new.

Many firearms include "trigger guards," the casing that loops under the trigger, and a "safety" switch that, when engaged, prevents the gun from firing, for example.

In the 1880s, Smith & Wesson made a revolver it called "child-proof." It had what is known as a grip safety that must be squeezed at the same time the trigger is pulled for the gun to discharge. The company stopped making firearms with that feature in the 1940s.

Other companies still use a grip safety, including the iGun Technology shotgun that also includes a programmable ring that sends a signal to the firearm to discharge. Springfield Armory produces a line of handguns with a grip safety, including the XD Compact model. It was involved in an accidental shooting in March. Authorities said a 4-year-old boy in Florida was in the back seat when he shot his mother, who was driving, with the .45-caliber handgun.

WHAT THE GUN LOBBY SAYS

The gun lobby is wary of the smart-gun technologies and questions their reliability.

In a crisis, the gun owner needs to have confidence that it's a reliable weapon of defense — that it works and works instantaneously.

"There's no way to practice for the batteries going dead or just when it doesn't recognize your print," said Erich Pratt, executive director of Gun Owners of America. "You don't want to be messing with buttons. ... The bad guy in your home isn't going to have to boot up his weapon."

While the gun lobby has reservations about the reliability of the technology, it contends it is not opposed to people looking to develop a smart gun. It is concerned that if a smart gun were successfully brought to market, it would propel the government to then mandate that all firearms have that technology.

"We, the industry, are not opposed to R&D and development of this technology. We're only opposed to mandates," said Larry Keane, senior vice president and general counsel for the National Shooting Sports Foundation, which represents manufacturers. "Not everybody wants or needs that feature."