COPENHAGEN, Denmark (AP) — A helicopter carrying Statoil workers from an offshore rig in the North Sea crashed Friday on an island off western Norway, killing all 13 people on board, rescuers said. The Airbus EC-225 helicopter shattered into pieces as it slammed just after noon into the rocky... 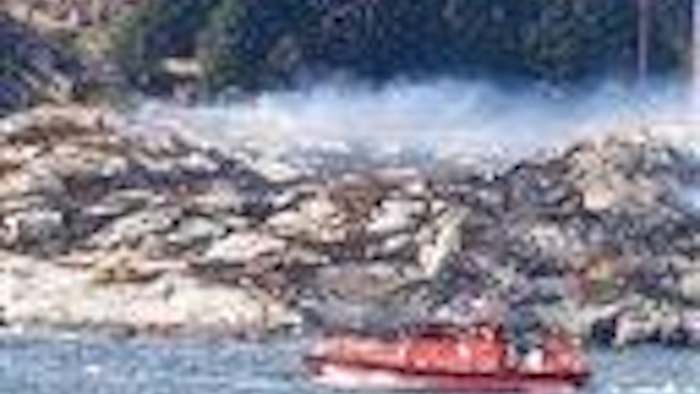 COPENHAGEN, Denmark (AP) — A helicopter carrying Statoil workers from an offshore rig in the North Sea crashed Friday on an island off western Norway, killing all 13 people on board, rescuers said.

The Airbus EC-225 helicopter shattered into pieces as it slammed just after noon into the rocky shoreline of Turoey, a tiny island outside Bergen, Norway's second-largest city.

"We do not believe anyone can be found alive," said Boerge Galta of the Joint Rescue Coordination Center. The rescue operation was called off Friday at 5 p.m. after 11 bodies were found on land but divers were still looking for the other two bodies.

Eleven Norwegians, one Briton and one Italian were aboard the aircraft that went down for unknown reasons, said Jon Sjursoe, also of the Joint Rescue Coordination Center. The helicopter's fuselage was found in the water off the island while its rotor system was on land, he said.

"Unfortunately, there are no signs of survivors," Prime Minister Erna Solberg told a news conference. "This is a sad day for all those who work in the Norwegian oil and gas industry and for Norwegian society."

The helicopter was heading to Bergen from Statoil's Gullfaks B oil field in the North Sea, about 120 kilometers (74 miles) offshore.

"All 13 were on a mission for us," Statoil vice president Arne Sigve Nylund told a news conference, declining to elaborate about their relation to Norway's biggest oil company. He said after the "terrible tragedy," all activities at the Gullfaks B oil field had been temporarily halted.

Statoil said it had "temporarily grounded all equivalent traffic helicopters."

Police spokesman Morten Kronen said the helicopter was "totally smashed" as it hit the tiny island and Norwegian media posted photos of smoke billowing from the crash site. Witness Rebecca Andersen told the Norwegian newspaper Verdens Gang that the helicopter's "rotor blades came rushing toward us."

"Then we heard a violent explosion," she said.

The Norwegian Civil Aviation Authority immediately banned helicopters of the same type as the one that crashed from flying in the Scandinavian country or near Norwegian offshore facilities.

The government agency said its decision — affecting all Airbus Helicopters EC225LP whether registered in Norway or not — was "due to the fatal accident." It was effective immediately and "would remain in force until revoked."

The aircraft is produced by Airbus Helicopters, formerly known as Eurocopter Group.

Authorities in Britain were sending air accident investigators to Norway to help assist because the U.K. has investigated several crashes involving helicopters operating to and from offshore oil fields in recent years.

The crash prompted Norway's King Harald and his wife Queen Sonja to cancel a trip to neighboring Sweden, where they had been invited to attend the 70th birthday celebrations on Saturday for King Carl XVI Gustaf. Instead, the Norwegian royal house will be represented by the king's daughter, Princess Martha Louise, and her husband, Ari Behn.