Lay off the sauce, maker says

LONDON (AP) — Mars Food, the maker of Dolmio and Uncle Ben's, says some of its sauces will soon carry labels suggesting they should be eaten only as occasional treats — a decision praised by health campaigners seeking to reduce the amount of salt, sugar and fat in processed food. The... 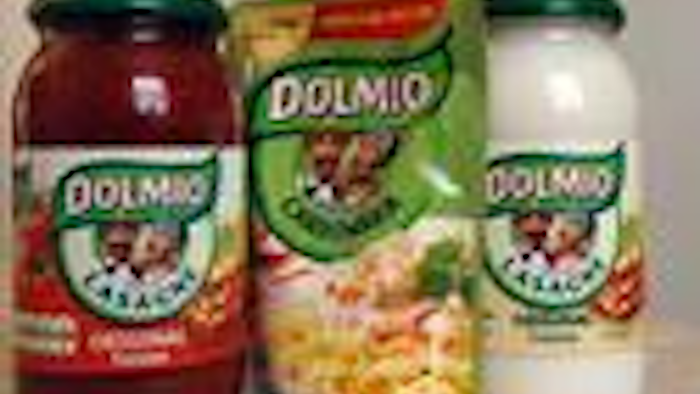 LONDON (AP) — Mars Food, the maker of Dolmio and Uncle Ben's, says some of its sauces will soon carry labels suggesting they should be eaten only as occasional treats — a decision praised by health campaigners seeking to reduce the amount of salt, sugar and fat in processed food.

The Brussels-based unit of Mars Inc. said Friday that some of its products, such as Dolmio pesto, should only be eaten about once a week because they contain high levels of sugar, salt and fat. The new policy applies only to Mars Food products that would be eaten meals — not for occasional treats like M&Ms.

"We're committed to voluntarily holding ourselves accountable to validated nutrition targets across our portfolio, enhancing our transparency through labeling," said Fiona Dawson, president of Mars Food.

The company said it is holding itself to a higher standard, based on guidance from leading health authorities such as the World Health Organization. Mars Food plans to reduce sodium across its global product portfolio by an average of 20 percent by 2021 and added sugar in a limited number of sauces and light meals by 2018.

Sonia Pombo, campaign manager for U.K.-based Consensus Action on Salt & Health, praised Mars Food for being innovative, but said it isn't clear what impact the decision will have because few people read or understand labels. What really matters are efforts to reformulate foods to reduce the intake of hidden salt and sugar, she said.

Pombo says it's only the healthy people who will look for the labels. "The people who are the most concern are the ones who don't have time or knowledge."

Mars said it will update its website soon to list products that should be enjoyed only once a week and those meant for "every day" use, including those that will be reformulated over the next five years to reduce sodium, sugar and fat. The company wants 95 percent of its products to fall into the "every day" category in the coming years.

The products labeled for "occasional" use will be Dolmio Lasagne Meal Kits, Lasagne Sauces, Dolmio Oven Bake Kits (Macaroni and Cheese, Carbonara, Creamy Tomato) and Dolmio Pesto. The majority of products in Britain will be labeled "every day."

Uncle Ben's and Seeds of Change are the only Mars Food brands sold in the U.S.

The company said that as large majority of these products will fall under the 'every day' label, it is likely that few to no products will be labelled 'occasional' in the U.S.

Though Mars is also well known for its chocolate products — such as M&Ms — the products are not part of the initiative as they are not considered to be food for a meal.

The biggest markets for Mars Food's cooking sauces are the U.K., followed by Australia and France, according to market research firm Euromonitor.

"I think this is a pretty clever strategy, and it immediately gains the firm quite a bit of positive publicity," he said.

Candice Choi in New York contributed to this story.