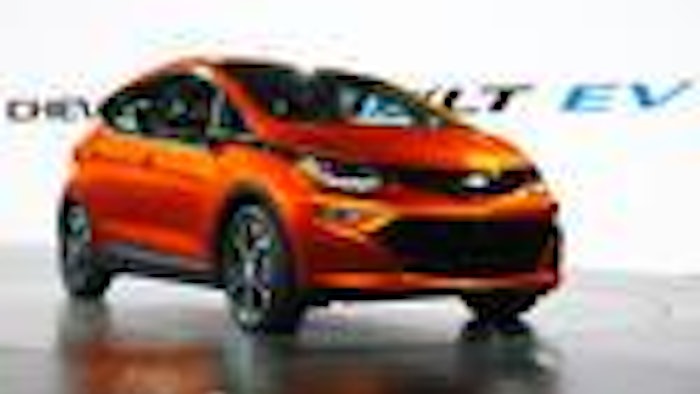 For years, automakers pushed fuel efficiency to sell hybrid and electric vehicles. Now, in an era of cheap gasoline, the message is: These cars are faster and quieter than their gas-powered counterparts. And, yes, you still save on fuel.

"They've graduated out of the class of something that's a bit of an oddity to drive," says Mike O'Brien, vice president of product planning for Hyundai. "It's all about making these cars better."

Until now, hybrids and electrics have largely appealed to the environmentally-conscious crowd. The vehicles cost thousands of dollars extra, and although drivers eventually recouped their money in fuel savings, the vehicles lacked the power and handling of gas-powered rivals. Electrics also suffered from driver concern that the battery could run out of juice on a trip.

Now, the tide is slowly turning. General Motors and Tesla will bring electric vehicles to market next year priced around $30,000, including a $7,500 federal tax credit. Battery range has improved significantly, experts expect gasoline prices to eventually climb higher, and the advent of autonomous vehicles favors motors powered by electricity over gas.

At the New York International Auto Show this week, Hyundai will join Toyota in showing off new electric and hybrid vehicles. Hyundai will unveil battery, gas-electric hybrid and plug-in versions of a new car called the Ioniq, while Toyota will show a plug-in Prius that can run on electricity alone, as well as both gas and electricity. The new Prius has an increased battery range.

The Prius hybrid, powered by both gas and electric motors, started the alternative fuel movement in the U.S. in 2000. Toyota deliberately made it look different than other cars, knowing that buyers wanted to make a statement about being environmentally friendly. Other companies set their green cars apart as well.

Even though sales grew as manufacturers added models, they never really caught on, partly because of the improved fuel economy of gas-powered vehicles. At their peak in 2013, with gas averaging $3.50 per gallon, Americans bought only 341,000 hybrids and electrics, about 2.2 percent of total U.S. car sales, according to Kelley Blue Book.

Many companies spent millions developing the cars, taking losses to meet government fuel economy standards that gradually increase and require the new-car fleet to average 54.5 miles per gallon by 2025.

As gas prices fell below $2 per gallon, sales of hybrids and electrics dropped further. Last year, automakers had 16 hybrid and electric models on sale, but sales sank to just over 274,000.

All of this makes for a bad environment to roll out more hybrids and electrics. But automakers will press on, now trying to sell them on style, acceleration, handling and reliability.

"It looks better. It drives better. People can have more fun behind the wheel, but it still has new technologies and safety in it, and it also gets the benefits of a hybrid," Bill Fay, Toyota's U.S. general manager, said of the Prius.

As a power source, electricity outpaces gasoline in just about every area, says Karl Brauer, senior auto analyst for Kelley Blue Book. Advancements have made batteries smaller, increased their storage capacity and brought prices down. Electric motors can take off faster than gas engines, and hybrids can power wheels with both electric and gas motors for better acceleration. Electrics also are far quieter. And with fewer moving parts, they're more reliable, he said.

Yet at $2 per gallon, it would take more than 10 years to recoup the $3,720 price difference between a base model Toyota Camry hybrid and its four-cylinder gas-engine counterpart. But that's not always a fair comparison, said Stephanie Brinley, senior analyst for IHS Automotive. Hybrids often come with more equipment and are comparable to better-equipped, pricier models, she said.

The coming debuts of the Chevrolet Bolt and Tesla Model 3, which will have 200 miles of electric range, should make battery electric vehicles more appealing, even with cheap gas, Brauer said. A lack of charging stations, once thought to limit adoption of electrics, becomes almost moot because of the longer range, he said.

Self-driving cars, which would use electric motors that can be recharged without humans, also would boost sales.

Brauer thinks electrics and hybrids will make up more than half of U.S. sales in the next 12 years as SUVs and trucks get the new systems. Hyundai's O'Brien thinks the shift will happen sooner.

Any spike in gas prices will only help. The International Energy Agency last month predicted that oil prices will more than double by 2020 because drillers are cutting investments due to current low prices, which will eventually reduce supply.

But even with cheap oil, Mick Roberts, a 46-year-old hydrogen engineer from Lowell, Indiana, bought a 2015 Chevrolet Volt hybrid in October when gas was $2.20. He got a good deal on an outgoing model, but Roberts says he likes the smooth-shifting, quiet motor and quick acceleration. "It would be tough to go back to gas," he said.

Still, the automakers know it will take a lot of marketing to get mass adoption.

Toyota's Fay says there will be more chapters in the Prius police chase ad series, including one for the new plug-in. "The early adopters understand the differences in the technology," he said. "But with the mainstream customers, we all still have a ways to go to explain the benefits."

Follow Tom Krisher at https://twitter.com/tkrisher. His work can be found at http://bigstory.ap.org/content/tom-krisher