CVS Health is refining its prescription for controlling drug costs, and patients can expect more frequent coverage changes as the pharmacy benefits manager scours data and reacts quicker to expense spikes. The Woonsocket, Rhode Island, company says adjustments to its formularies, or lists of... 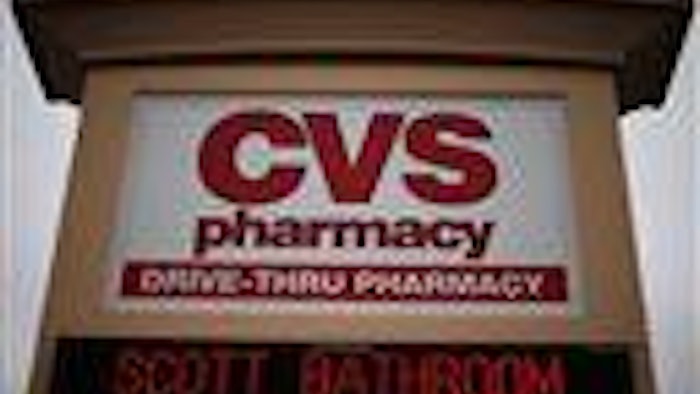 CVS Health Corp. operates one of the nation's largest pharmacy benefits management businesses, which run prescription drug coverage for employers, insurers and other large clients. These payers have been fighting big hikes in prescription spending spurred in part by the high cost of some specialty medicines.

CVS Health, Express Scripts Holding Co. and other pharmacy benefits managers, or PBMs, negotiate discounts with drugmakers and develop formularies that can come with several tiers, each with different spending requirements for the patient. The companies can control the use of some drugs by dropping them from a formulary, moving them to a more expensive tier or by requiring patients to try other treatments before taking an expensive specialty drug.

CVS Health is working to make these adjustments quicker. It used to analyze prescription spending data for trends annually. Now, its researchers look over the numbers every day to catch changes in spending and adjust coverage in some cases every quarter, said Dr. Troyen Brennan, the company's chief medical officer.

"With these programs what we feel like we're doing is eliminating waste," he said, noting that the company is looking for spending on drugs that aren't backed by good evidence of effectiveness or treatments that are "unnecessarily expensive" compared to alternatives.

Last year, the company saw a jump in spending on several dermatological drugs, including the toenail fungus treatment Jublia, so it will start in the second quarter a requirement for patients to first try less-expensive alternatives.

In 2014, CVS Health spotted a spike in use for anti-aging and pain treatments created by a compounding pharmacy that was costing some of its large clients several million dollars. The drugs were not approved by the FDA, and the company found no evidence of their effectiveness, so it dropped them from its formulary for 2015.

Brennan said the company can only drop drugs from its formulary annually, but other coverage changes can be made more frequently. Like other PBMs, it makes coverage recommendations to its employer clients, who generally pay most of the prescription bill and can customize their coverage.

Patients can expect to see more strategies like tiers and coverage exclusions from employers who provide their coverage, said Matthew Rae, a senior health policy analyst at the Kaiser Family Foundation, which studies health care issues.

"As costs grow, employers spend more time thinking about what they can do to get the best value," he said.