locking systems have stopped more than 1.77 million people from driving drunk since states first passed laws requiring offenders to install them in 1999, Mothers Against Drunk Driving said in a first-of-its-kind report on the devices nationwide. The data come from the 11 major manufactures of the... 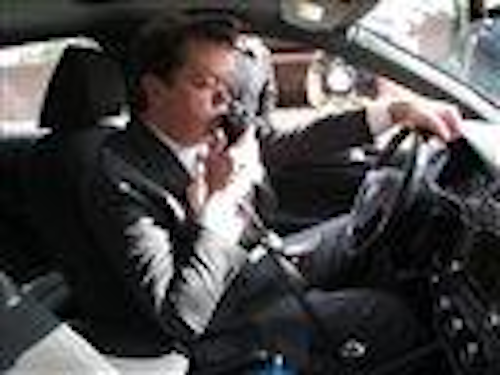 locking systems have stopped more than 1.77 million people from driving drunk since states first passed laws requiring offenders to install them in 1999, Mothers Against Drunk Driving said in a first-of-its-kind report on the devices nationwide.

The data come from the 11 major manufactures of the ignition interlock systems, and the report was released Wednesday. The devices, the size of a cellphone, are wired into vehicles. A convicted drunken driver must blow into the device to get a blood alcohol content reading before the vehicle will start. The system sends a signal back to its manufacturer with the reading.

Twenty-five states have laws that require ignition interlocks for all offenders following any drunken-driving offense. Every state has enacted some kind of ignition-interlock law, but some require the devices only for certain levels of offenses and blood alcohol levels, or give judges discretion. MADD is calling on those other states to tighten their laws.

"MADD knows ignition interlocks save lives, and they could save even more lives if every offender is required to use the device after the first arrest," said Colleen Sheehey-Church, MADD's national president.

The National Transportation Safety Board recommends states require mandatory ignition interlock devices for first-time offenders. NTSB vice chairman Bella Dinh-Zarr said the technology enables people to continue driving to make a living and get around, but it separates the person from his or her drinking and driving.

"Ignition interlock, although many people may think it's an extreme measure for people who are first offenders, it prevents them from becoming a second offender or a third offender," Dinh-Zarr said.

In Maryland, where the group released the report, lawmakers are pushing to require all drunken drivers with blood alcohol contents of 0.08 or greater to have the devices. State law now requires them for those with a BAC of 0.15, nearly twice the legal limit for driving.

Lawmakers sponsoring the Maryland bill noted they have been trying to tighten the law since 2009, but they have faced opposition from lobbyists for the alcohol industry.

"There is no gray area. Either you're on the side of the angels or you're with the liquor lobby," said Del. Ben Kramer, a Democrat who is sponsoring the bill.

The group also is focusing on Maryland because of the December death of Officer Noah Leotta. He was killed while working on a driving-under-the-influence assignment. The Maryland measure is dubbed "Noah's Law." At a news conference, Noah's father, Rich, tearfully described the pain of losing his son, who police say was hit by a drunk driver with two previous convictions.

"It's a very simple thing, and it saves lives," Leotta said. "It could have saved Noah's life. He might be here today if this was in that person's car."